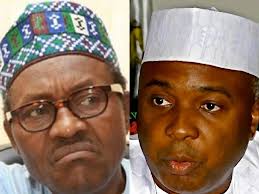 President Muhammadu Buhari has transmitted a proclamation letter terminating the term of the eighth National Assembly.

The proclamation letter was addressed to the Clerk to the National Assembly, Mohammed Sani-Omolori.

The letter proclaimed termination of the term of the eighth Assembly by midnight of Saturday, June 8, and commencement of the ninth Senate on Tuesday, June 11.

“I just want to confirm that I have received a proclamation from the President of Federal Republic of Nigeria,” Mr Sani-Omolori said.

Asked about a recent letter of proclamation purportedly from Mr President, the clerk said the one by which he made the confirmation was addressed to him.

“Well, I have just confirmed to you that I have received the proclamation from the president which means that this is addressed to me,” he said.

The confirmation put to rest controversies surrounding a letter of proclamation purportedly from Buhari recently in circulation.