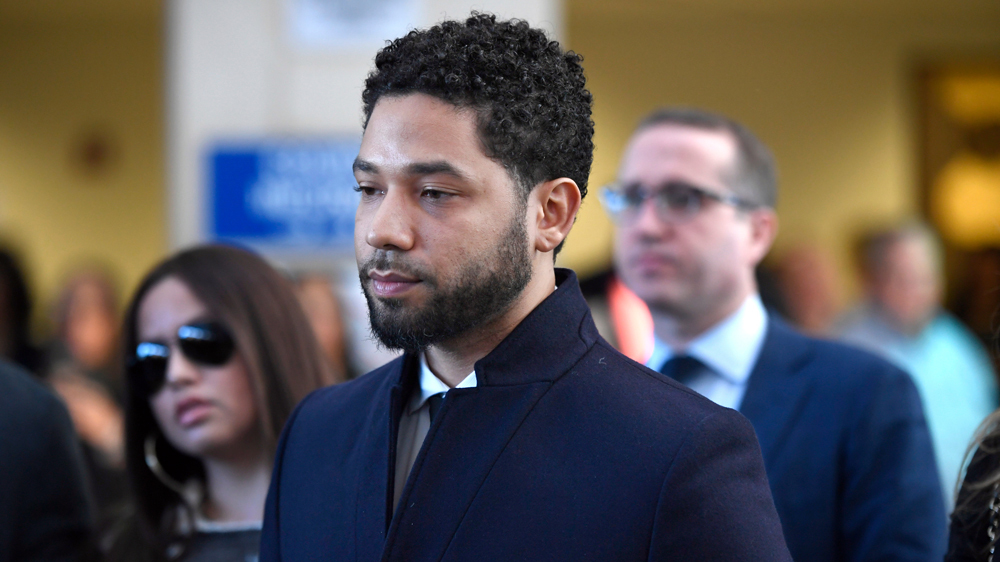 THE CITY of Chicago has released two 911 calls made after “Empire” actor Jussie Smollett claimed he was the victim of a racist, homophobic attack.

The caller phoned authorities on Smollett’s behalf just after 2:20 a.m. on Jan. 29, according to the New York Post, which obtained the recordings through a Freedom of Information Act request. The name of the caller was redacted, but the Post identified him as Frank Gatson, Smollett’s creative manager.

“I work with an artist — I don’t really want to say his name — but he states that [redaction] he went to Subway, he was walking by and some guys somebody jumped him or something like that, and I just want to report it and make sure that he’s all right,” the caller told a 911 dispatcher during the first call, which lasted three minutes..

When asked if Smollett needed medical attention, the caller said: “I just think he’s startled. I’m scared and I don’t know what it is. They put a noose around his neck. They didn’t do anything with it, but put it around his neck. That’s pretty f–ked up to me — sorry for saying it like that.”

Smollett, 36, was reluctant to file a police report, the caller said, adding that he’d make sure his client did so.

The dispatcher said she alerted the police to their location, and the call ended. The caller placed a second call to 911 several minutes later asking if the police were on their way. They arrived minutes later.

Smollett told investigators he was attacked by two masked men who tossed a noose around his neck and doused him with bleach. He said they yelled: “This is MAGA country,” an apparent reference to President Trump’s campaign slogan.

Smollett, who is black and openly gay, claimed the attackers also shouted racist and homophobic slurs at him.

The Chicago Police Department opened a hate crime investigation and later determined the attack was staged. Cook County prosecutors charged Smollett with disorderly conduct for allegedly filing a false police report, but then surprisingly dropped the charges in March.

Chicago Mayor Rahm Emanuel and Police Superintendent Eddie Johnson blasted the decision, calling it a “whitewash of justice.” Investigators said Smollett staged the attack to drum up publicity for his career, an allegation he has forcefully denied.

The city is now suing the embattled actor for the $130,000 in overtime costs associated with investigating the case.