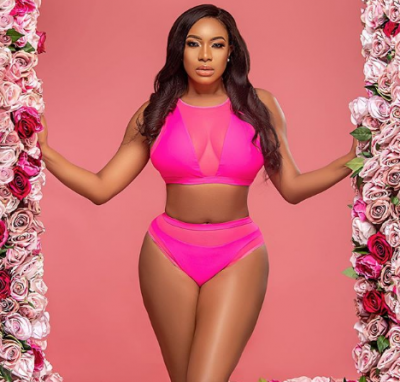 Nollywood actress, Chika Ike is trending on Instagram as she released an alluring and kinky picture of herself in bikini.

The picture showed Ike, a divorcee, being decked in red bikini, with alluring eyes aiming to catch her prey.

Ike, who was married to Tony Eberiri in 2006 divorced him in 2013 due to irreconcilable differences and since then, she is still waiting to love again.

The actress, from Onitsha, who will clock 33 on 8 November, bagged a degree at the University of Lagos.
Tags:   Chika Ike