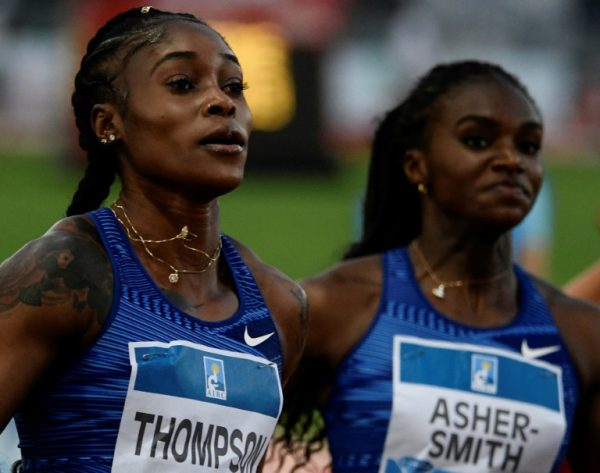 Olympic sprint champion Elaine Thompson of Jamaica confirmed Thursday she is still the world’s fastest woman as she dominated the field to win the women’s 100 metres at the Diamond League meet in Rome.

She finished ahead of Britain’s Dina Asher-Smith.

Thompson clocked 10.89sec in the Olympic Stadium with Asher-Smith second in 10.94 and American Aleia Hobbs, winner in Shanghai, third in 11.12.

Thompson, the Olympic champion in the 100m and 200m, was beaten by Asher-Smith in the 200m in Stockholm last week with the Briton also winning in Doha in May.

Ivory Coast’s Marie-Josée Ta Lou, a double 100m and 200m silver medallist at the 2017 worlds in London, clocked 11.14 to finish fourth in her first international appearance of the year.

The United States went 1-2 in both the men’s and women’s 400 metres hurdles.

European long jump champion Malaika Mihambo broke the seven metres mark for the first time in her career with a wind-assisted 7.07 metres (+0.5) leap on her way to victory.

Mihambo pulled out the jump on her fourth attempt to become the first woman this year to break the symbolic seven-metre mark, with the longest jump in two years.