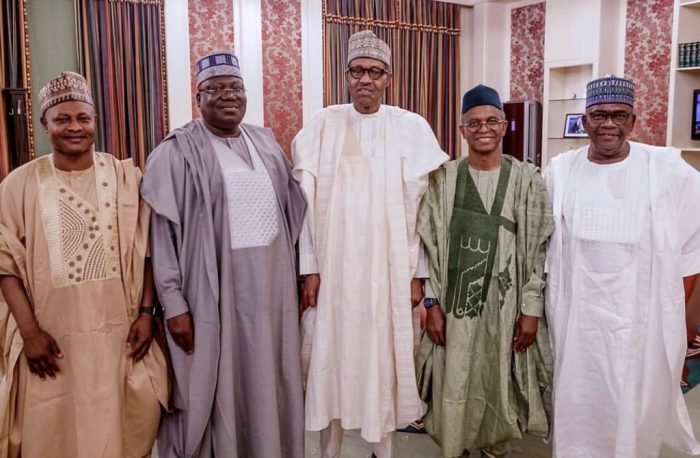 
The All Progressives Congress (APC) has commended Senator Danjuma Goje’s decision to withdraw from the 9th Senate Presidency contest in support of the Party’s endorsed candidate, Senator Ahmed Lawan.

The party in a statement by national publicity secretary, Lanre Issa-Onilu also commended the fatherly role played by President Muhammadu Buhari in ensuring compliance with party decisions and directives.

“Goje has demonstrated himself as a reliable, committed party leader, good role model and elder statesman. We believe that Goje’s selfless actions typify APC’s progressive ideals and should be emulated by all party members to ensure unity, strength and supremacy of our great party. There is no doubt that the majority APC caucus is going into the incoming 9th National Assembly as a united house,” the party said.

The party urged Nigerians to ignore the phantom, infantile allegations and sponsored reports against Femi Gbajabiamila, the Party’s candidate for the Speakership position, 9th House of Representatives, that he was ‘convicted’ by a Court in the United States of America.

“The allegations have become a recurring fabrication. Nigerians will recall that the same baseless allegation were made against Gbajabiamila in the leadup to the 8th National Assembly speakership race and came to naught. It needs restating that Gbajabiamila has never been convicted for any crime in Nigeria and abroad.

“We urge Gbajabiamila and his vibrant campaign team to remain focused on their extensive countywide consultation and engagements which has been well-received and endorsed across party lines.

“Ahead of the June 11 inauguration of the 9th National Assembly, we urge all APC federal lawmakers to rally around the candidatures of Senator Ahmad Lawan, Hon. Femi Gbajabiamila and all our candidates for the respective principal positions.”