Media responsible for my feud with Stonebwoy - Shatta Wale 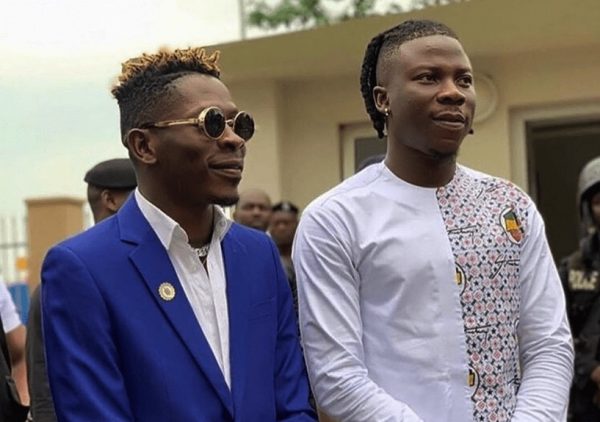 Ghanaian artiste, Shatta Wale has blamed the media for his feud with Stonebwoy as they both reconcile their differences weeks after a near gun shoot-out between them at the Vodafone Ghana Music Awards.

While speaking at a press conference to announce the much anticipated reconciliation which held yesterday, in Accra, Ghana, Stonebwoy said he had craved for the peace meeting to happen a long time ago.

“I wanted peace long ago because we musicians are more creative and are able to write good lyrics when there is peace of mind and I believe my brother, Shatta Wale also wanted Peace”, he said.

In his remarks, Shatta Wale urged the media to quit pitching entertainers against each other. According to him, the media was the major cause of their fight in the first place and would also be the major factor to sustain their reconciliation.

“The media brings the division between us. For the peace to last between us, then the media also has a role to play in this. The media should push us like how other African countries are doing for their artistes. This guy is better than the other should stop. Our peace can only last if the media stop comparing us and pitching us against each other and rather push us. The media should also play their part”, he said.