'Mokalik' by Kunle Afolayan to compete at International Film Festival 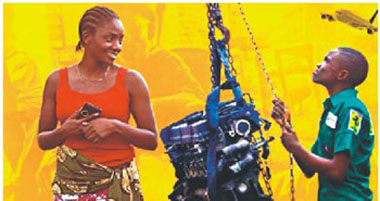 After a series of successful private screenings and a remarkable premiere on May 30, 2019, ‘Mokalik’, the latest effort by prolific filmmaker, Kunle Afolayan, has been selected in official participation at the prestigious Durban International Film Festival (DIFF), taking place in Durban, South Africa from July 8 to 28, 2019.

The film which is currently running in the cinema in Nigeria and Ghana will, according to organisers of DIFF, be in competition with other great films selected across the continent of Africa.

During the week-long festival, Afolayan in his capacity as director of ‘Mokalik’, is expected to participate in other activities of the 40th DIFF, including seminars and workshops, featuring local and international filmmakers.

‘Mokalik’ tells the story of an 11-year-old boy, Ponmile, from the middle-class suburbs who spends the day as a lowly apprentice at a mechanic workshop in order to view life from the other side of the tracks… When his father arrives to take him home, Ponmile has to make up his mind if he wants to return to school… or take on his apprenticeship full time.