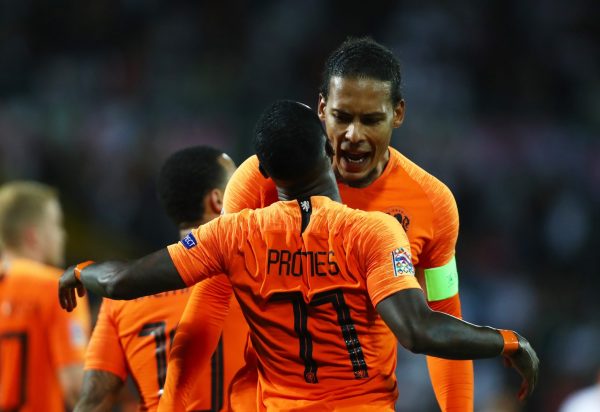 Netherlands beat England 3-1 after extra-time on Thursday to join Portugal in the finals of the maiden UEFA League of Nations.

VAR had denied England victory in normal time after a late goal by Jesse Lingard.

Marcus Rashford’s first-half penalty was cancelled in the second half by Matthijs de Ligt’s towering header for the Dutch.

And thus, England’s long wait for a trophy since 1966 goes on.

England contributed to their own downfall in Guimaraes with a comedy of errors for both goals in extra-time with John Stones and Ross Barkley at fault as Kyle Walker’s own goal and Quincy Promes’s tap in sent Holland into the final.

Gareth Southgate’s men were attempting to build on the success of reaching a first World Cup semi-final for 28 years, but England were largely outplayed to show much work is still to be done if they are to end their trophy drought on home soil next summer at Euro 2020.

The Netherlands failed to even qualify for the last two major tournaments. However, the young talent that has seen a dramatic turnaround in their fortunes on the international stage was in evidence with Barcelona-bound Frenkie de Jong outstanding in midfield.