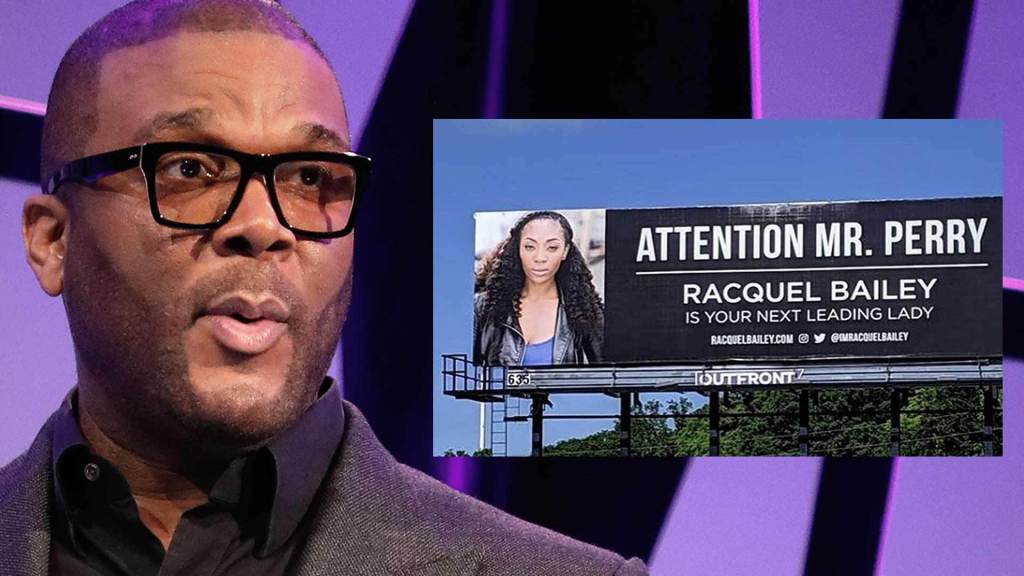 American actor and filmmaker, Tyler Perry, has urged aspiring actors to go through the right process of auditioning to get featured in his movies.

He gave the advice after an actress, Racquel Bailey, was alleged to have spent thousands of dollars to put up a billboard asking Perry for a role in his next show. 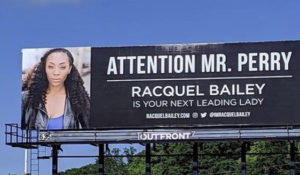 The billboard read: “Attention Mr Perry, Racquel Bailey is your next leading lady,” the bold and desperate lady also added her website and twitter handle contacts to the billboard.

The 49-year-old screenwriter and director was said to have responded to her request by posting a photo of the billboard.

He also included a lengthy caption on his social media platforms where he condemned the actress move but suggested better ways on how she could be noticed.

He wrote, “ Auhhh…. soooooo…… here’s the deal. This is not the way to get my attention if you’re looking for a role in one of my shows. Please DON’T DO THIS, SAVE YOUR MONEY!!

“This is the third time that someone has done this. PLEASE STOP! To audition is FREE!! I’m sure you can use that money for a better purpose. I love that you want to work with me, and I love that you invest in yourself.

“But when you do things like this, it puts my team on high alert and makes me look at you sideways. I know the message that you want to send is a positive one, but this comes across as the opposite.

“Again, the best way to work for me is to AUDITION and it’s FREE! We post breakdowns all the time for actors. JUST COME AND AUDITION.’’

He said that he had seen Bailey at a show some years back and thought she was a good act.

“And by the way, you were great in THE NIGHT OF! It was my favorite show a couple years ago. I ALREADY SAW YOU!!

“So, just audition and keep your money!! Again, I appreciate your effort, but that’s not the way to work for me. God bless you dreamer. I have no doubt you will make it one day!!”

Perry is known to give actors big breaks by casting new faces for his stage plays, films, and television shows.

Some of Tyler Perry’s works include: `A Madea Family Funeral’, `Madea’s Family Reunion’, and `The Family that Prays’ which reflected scenes that featured church settings and worship styles commonly found in African American churches.

He created and played the role of Madea, a fierce elderly black woman in the Madea family film series.