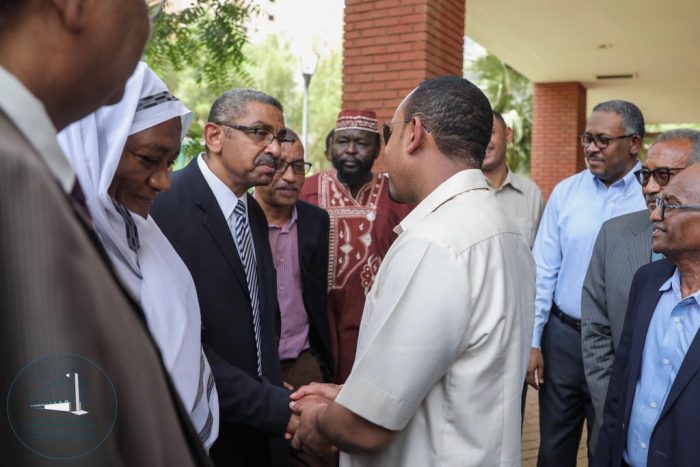 The Ethiopian initiative followed the worst bloodshed in Sudan since Bashir was ousted by the military in April after four months of protests against his repressive three-decade rule.

The opposition said 113 people were killed in the storming of a civilian protest camp on Monday and a subsequent wider crackdown.

The government put the toll at 61 people, including three security personnel.

Abiy later hosted a meeting at the Ethiopian embassy with the opposition Declaration of Freedom and Change Forces alliance.

“He expressed Ethiopia’s commitment to fostering peace in the region and underlined that a prerequisite for restoring peace in Sudan is unity,” Abiy’s office said.

Both sides had been in talks for weeks over who should lead Sudan’s transition to democracy, but the already faltering negotiations collapsed in the wake of this week’s crackdown.

Abiy, who took office in Ethiopia in 2018 and introduced political and economic reforms, has won wide praise for his diplomacy skills, including brokering peace with his country’s neighbour and long-time foe, Eritrea.

The African Union on Thursday suspended Sudan until the establishment of civilian rule, intensifying global pressure on the military leaders to stand down.

The United Nations and several governments have also condemned the bloodshed.