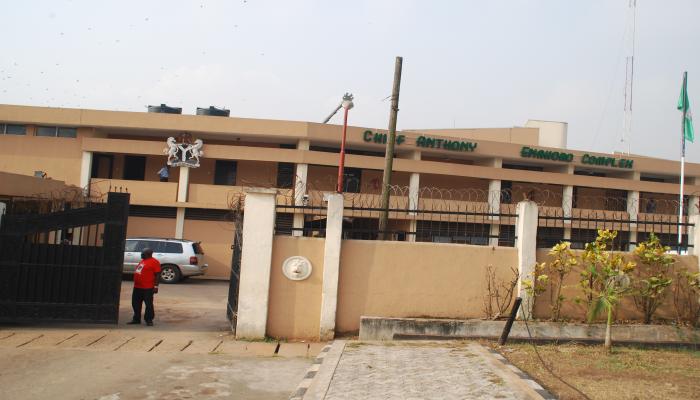 The Speaker, Mr Kabiru Adjoto, made this known during the valedictory session of the assembly in Benin.

According to the News Agency of Nigeria, Adjoto said: “This valedictory session, distinguished honourable members, is imperative, germane and significant.

“It has provided a veritable platform for us to enumerate the giant strides recorded since inauguration of the sixth assembly in 2015 by former governor, Adams Oshiomhole.

“As elected members of the house representing the various constituencies, we have sacrificed our energies, resources, time and professional skills to add values to the lives of the electorates.

“The journey has been tortuous, challenging, but has given us a viable opportunity to contribute our quota towards the social-economic and political development of our constituencies.

“We are most grateful to God Almighty for preserving and protecting our lives throughout the voyage in the house without recording any casualty or death of any member of the sixth assembly.”

Adjoto said that a bill for a law to prohibit forcible entry and illegal occupation of landed property by Community Development Associations ((CDA), was of particular interest among the bills passed.

He said the bill disbanded the operations of the CDA which, according to him, became a cartel and avenue for amassing wealth at the detriment of residents of various communities.

He noted that the house deliberated on the bill and x-rayed the necessity to create a conducive atmosphere in various communities.

“The assembly also passed a bill for a law to prohibit and criminalise the existence, membership of secret cults in Edo

“We salute the vision and concept of the present administration of Godwin Obaseki to also transmit the executive bill to prohibit trafficking in persons,” he said.

According to the Speaker, the bill was applauded by the people and had since been assented to by the governor.

He thanked members and staff of the assembly for their support and cooperation adding that, the house built a team of committed legislators who embraced their assignment with deep passion.

Members who spoke one after the other went down memory lane on their achievements and regrets as lawmakers of the sixth assembly.

The Majority leader, Roland Asoro, thereafter, moved for the house to adjourned sine die (with no appointed date of resumption).

Adjoto also handed over the mace to the Clerk of the House, Yahaya Omogbai and directed all members to hand over government property in their possession before 12 midnight Friday, June 7.

The seventh assembly is expected to be inaugurated on a later date.