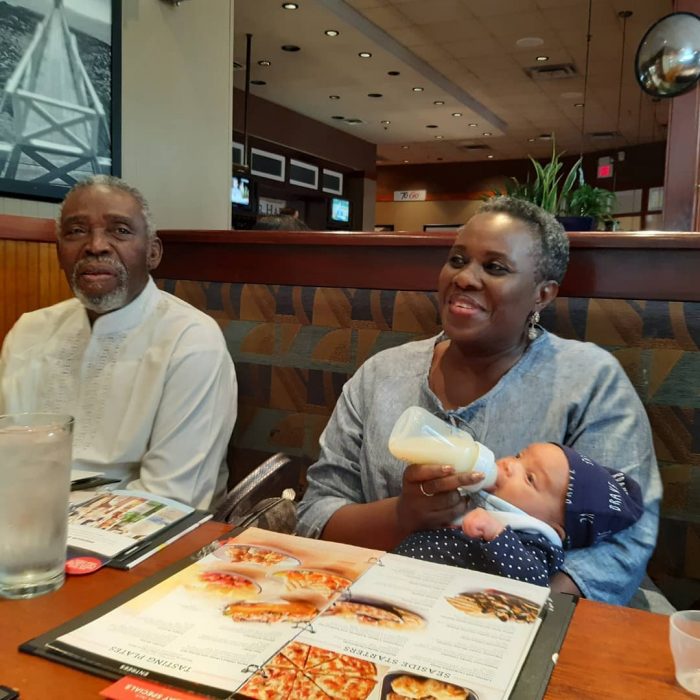 Olu Jacobs and Joke Silva with their grandchild

Veteran actor, Olu Jacob and his wife Joke Silva have welcomed the arrival of a grandchild into their family.

Joke Silva took to her Instagram page to announce the arrival of the baby which she carried, and said “I am grateful Lord…thank you.”

Joke Silva, a veteran actress has been in the movie industry for decades, same with her husband, Olu Jocobs. They have been blessed with two children.

Born in 1961, the University of Lagos graduate has won several award, such as Africa Movie Academy Award for Best Actress in a Supporting Role; City People Life time Achievement award and others.