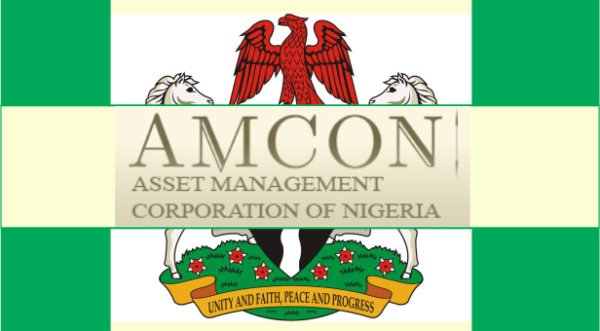 In an affidavit in support of an application for debt recovery suit sworn to by AMCON resolution officer, Mr Okwudili Ikegwuonu filed before the court by a Lagos lawyer, Barrister Collins Ogbonna, the deponent averred that Samuel Olufunmilayo Adenmosun is the Managing Director of the aforelisted companies while his wife Toluleke Adenmosun is a Director in Hometrust Savings & Loans limited, who provided part of the properties used as security for the credit facilities granted to Home trust Savings & Loans Limited.

The couple were alleged to have used the accounts of Thomas Hembridge Insbrokers Ltd, FB consulting & Global Services Limited and HT Real Estate Company Limited companies to divert the proceeds of the loan granted to them by the bank.

Mr Ikegwuonu alleged further that, in the course of business the company requested for concession for IMMEDIATE VALUE ON CONFIRMED cheque and ONE -DAY VALUE for cheques, and in order to assist the company’s business the bank granted the request, the said concession was backed by N1.2 billion and the limit of return cheques was pegged at N1billion.

The company also made an application for a NEXT-DAY VALUE line of N10 Billion and was granted by the bank, this enable the company to obtain up to 75% immediate value for draft /Cheques issued from any blue-chip companies before they passed through the normal clearing procedure was cleared by the paying bank.

The facilities were granted to the company by the bank based on trust, but the company devised a way to unjustly profit from same at the expense of the bank, as it was discovered that the company and Olufunmilayo Adenmosun got third parties to pay invalid and or unfunded cheques into the company’s accounts knowing that same will be dishonoured by the bank on the next day before same pass through clearing, pursuant to NEXT DAY facility.

Home trust Savings & Loans Limited and Olufunmilayo Adenmosun kept circumventing and breaching the trust upon which the Next day value facility was based until the bank discovered that most cheque which it had honoured were returned unpaid after going through the normal clearing procedure. The racket of the company and its alter-ego Olufunmilayo Adenmosun ran as described above is known in banking parlance as CHEQUE -KITTING.

The company, Samuel Olufunmilayo Adenmosun through this cheque kitting draw up to 75% of the value of the Next -day value facility which has a limit of N10Billion as at the time the bank withdraw the next day value facility they had racked up an outstanding N16.3Billion debt through their cheque-kitting scheme.

In its indebtedness defunct Oceanic lnternational bank taken over by Ecobank Plc between July 28,2006 and August 5,2008 applied for various sums of loan totalling N4,2billion

Magna Building society utilised the loan and refused to pay its indebtedness.

Home Trust Savings & loan limited also obtained N2.2Billion loan from Afribank Plc now Polaris bank, the facility was secured by personal guarantee of Samuel Olufunmilayo Adenmosun and lien on the shares own by the company but after the expiration of the facilities the company neglected to repay its indebtedness to the bank.

It was alleged that because the facilities aforementioned especially the one of Access Bank were granted to Home trust Savings & loans limited by Access bank base on trust allowed the company got value for cheque fast, drawing against uncleared effect facility the company devised a way to unjustly profit same at the expense of the bank.

AMCON further averred that it was discovered that the company and its Managing Director got third parties paid cheques into the company’s accounts knowing same will be honoured by the bank.

Following from the above the total of the debt owed the AMCON by Home Trust Savings & Loans Limited, Samuel Olufunmilayo Adenmosun as at 31st January, 2019 are as follows :

AMCON averred that its counsel had written demand letters to them but they have failed and neglected to repay the loans, as they have no intention of repaying the loans.

The presiding Judge, Ayokunle Faji has adjourned till 11th of June, 2019 for hearing.