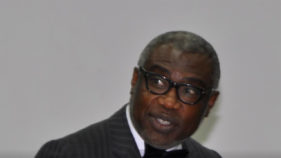 “The ever-passionate Nigerian football fans now have the opportunity of watching all FIFA World Cup competitions for free and directly to their homes this year.

“This is a great opportunity not only in terms of what it offers the Nigerian football fans and the BON partner-stations, but also the private sector in Nigeria in term of the advertising opportunities,” he said on Saturday in Abuja.

BON had on Friday announced its partnership with FIFA on free World Cup viewing of all World Cup matches this year.

It had said the agreement which makes BON FIFA’s exclusive free-to-air licensee in Nigeria includes all FIFA events this year, starting from the ongoing Under-20 World Cup in Poland.

Ohuabunwa said the agreement offers BON the opportunity of spending less on the acquisition of rights, making more money for its partner-stations and building better relationship with FIFA for the future.

“We have broken the ice. Now we are dealing directly with FIFA, and we have created a synergy with them.

“Over time before now, the rights have cost us more as individual stations, but it is now at a reasonable price. The cost now for a group makes it profitable and cheaper for us.

“We believe and trust that this will help us to create more synergy with other bodies such as the organisers of the Spanish La Liga and the English Premier League for the future,” he said.

Mitchel Obi, the Managing Director of MasterSports International who are BON’s partner broadcasting group, while speaking at the event also said the agreement with FIFA is a landmark.

“This is the first time in Nigeria that all BON partners and other groups will be having a direct relationship with FIFA.

“It is a marked departure from the past when some individuals go to FIFA to get these rights and then sell it to the Nigerian stations at exhorbitant costs. Now BON has gone for it directly.

“Nigeria as the most populous and biggest watching nation, and with its teams participating, now have the chance for its citizens to fully enjoy the games.

“It is a partnership we hope will endure, thrive and be available for all to enjoy, and it presents an opportunity for BON and its partner stations to show their commitment to youth development in this country.

“Because, when we have such events as these FIFA competitions, they help to reduce or even eliminate some of the effects of unemployment and other socio-economic problems,” she said.

BON and MasterSports International plan a Situation Room for the competitions, from where feeds would be distributed and analyses of matches would be packaged.