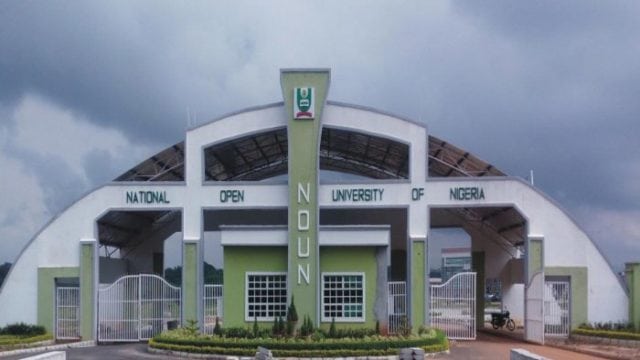 Law Graduates of the National Open University of Nigeria (NOUN) say they are yet to know their fate of gaining admission into the Nigerian Law School in spite the Presidential assent to NOUN Amendment Act.

Mr Carl Umegboro, Chairman of the Law Graduates Forum, NOUN, said this in an interview with News Agency of Nigeria (NAN) in Abuja.

President Muhammadu Buhari on Dec. 7, 2018 assented to the NOUN Amendment Act, which changed its standing from ‘Correspondence’ in the Act to ‘Full-time’ and was gazetted afterwards.

The amendment allows the University to operate as all other universities with same power, functions and administrative structures.

The amendment was a remedy to admission crisis which hindered law graduates of the institution from admission into the Nigerian Law School as well as participation in the National Youth Service Corps (NYSC) scheme since 2013.

Umegboro said nothing significant had taken place after the Presidential assent and gazette, adding that the delay had brought untold hardship to the graduates.

“There is no logical reason to continue withholding admission quota against NOUN law graduates after the celebrated assent of the NOUN Amendment Act by President Buhari, which the Council of Legal Education pointed to the Senate Committee on Public Petitions as the irregularity.

“I have unalloyed confidence that Mr President, as a noble, distinguished and dependable leader will not allow injustice, bullying and discrimination on innocent citizens to triumph.

“These citizens spent time and resources to enroll in a programme duly accredited by the National Universities Commission.

“I appeal to President Buhari, pursuant to national security, to urgently convene a stakeholders meeting.

“We, therefore, appeal to the authorities to resolve the differences without further delay”.