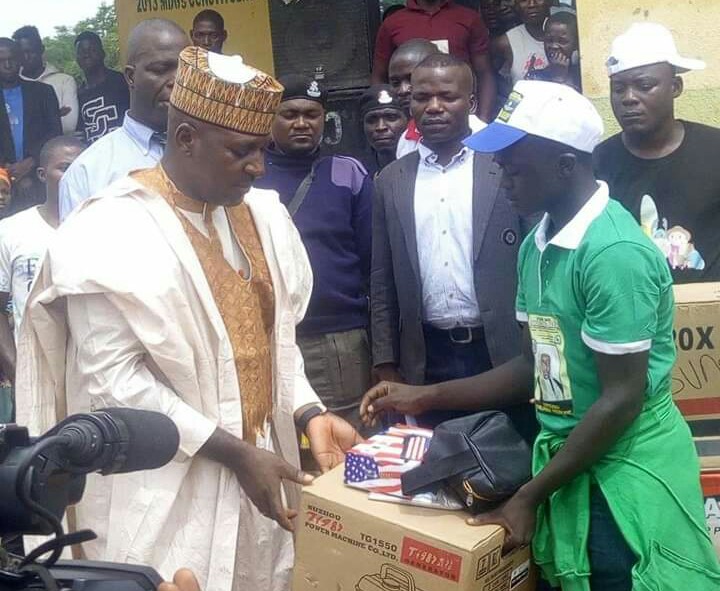 The Speaker presenting the items to a beneficiary

Mr Joshua Madaki, the Speaker of the Plateau State House of Assembly has empowered 120 members of his constituency with sewing machines, water pumps, generators and barbering kits, among other items.

The speaker who donated the items on Saturday in Angware, Jos East Local Government Area of the state, also gave grants of some unspecified amounts to some petty traders in Jos constituency.

Madaki who has few days to spend in office as speaker, said the gesture was aimed at empowering the people to become self-sufficient, by boosting their personal income and that of the state in general.

According to him, the gesture is in collaboration with the Plateau State Microfinance Development Agency (PLASMIDA).

Madaki called on the beneficiaries to put the items into good use to enable them become income earners.

Similarly, the speaker commissioned 27 hand pump boreholes spread across the five districts that make up his constituency and blocks of classrooms in some primary schools in the constituency.

He, however, did not specify the cost of the projects

Tags:   The Speaker of Plateau House of Assembly