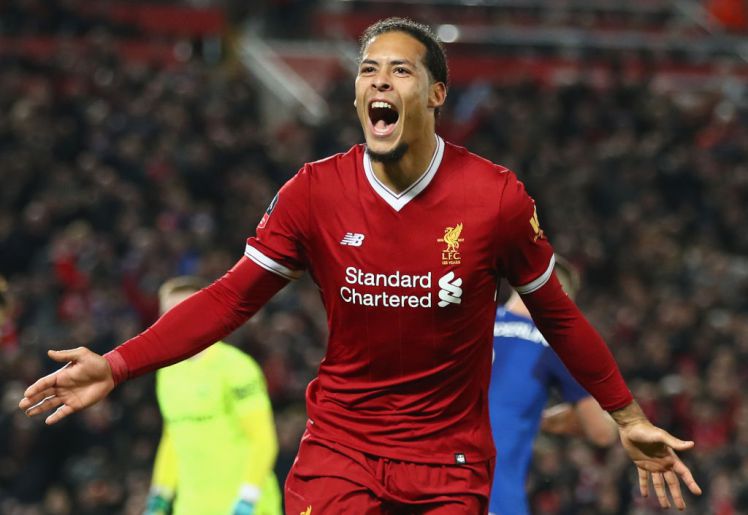 Virgil van Dijk deserves to win the Ballon d’Or should the Netherlands beat hosts Portugal to lift the first ever Nations League on Sunday, according to his club and international teammate Georginio Wijnaldum.

Van Dijk was named man of the match as Liverpool claimed the Champions League last weekend.

The centre-back also won the PFA’s Premier League Player of the Year award and could become the first defender in 13 years to win the prize for the world’s best player.

“He already had a good season, he is trying to stop everyone, that’s the way he’s playing,” said Wijnaldum on Saturday.

“For us he’s the best defender in the world. If you look at his season, he definitely deserves the Ballon d’Or but it’s not up to us to decide.”

Ronaldo ensured Portugal did not miss out on the final on home soil by scoring his 53rd career hat-trick to mask a disjointed performance by the European champions in a 3-1 win over Switzerland on Wednesday.

The Netherlands can also count on another of the world’s best centre-backs in Ajax captain Matthijs de Ligt, who has been linked with a huge move to a host of top European clubs after his role in knocking Ronaldo’s Juventus out of the Champions League this season.

“We played a friendly in Switzerland not a long time ago and De Ligt was stopping Ronaldo as well. It’s not only Van Dijk who can stop Ronaldo,” said Koeman.

“But Ronaldo is good enough to create even against really good defenders and that’s the nicest part of football. You can’t do everything because his quality is such a high level that it is difficult.”

Ronaldo sat out the group stages of the Nations League, when younger talents such as Manchester City’s Bernardo Silva came to the fore.

“We are all playing to win here, not just Cristiano. We all want to win this trophy,” said the Wolves stopper.

“It’s great that he scored a hat-trick against Switzerland, but he doesn’t have any additional responsibilities on his shoulders. He does what we all do, which is to fight for this trophy.”

While Portugal have recent experience of winning a trophy at Euro 2016, the Netherlands failed to even qualify for each of the past two major tournaments. However, they have taken massive strides forward in just over a year since Koeman took charge.

World champions France and Germany were beaten in the Nations League group phase, while the Dutch thoroughly deserved their 3-1 win over England in Thursday’s semi-final despite having to go to extra-time.

“It is just confirmation that we are moving in the right direction,” added Koeman.

“If we go back when we saw the draw of this tournament, the group of France and Germany, nobody expected Holland to be the winner of the group. Now we are in the final.”It is a pleasure to play in the final and it is not pressure.”