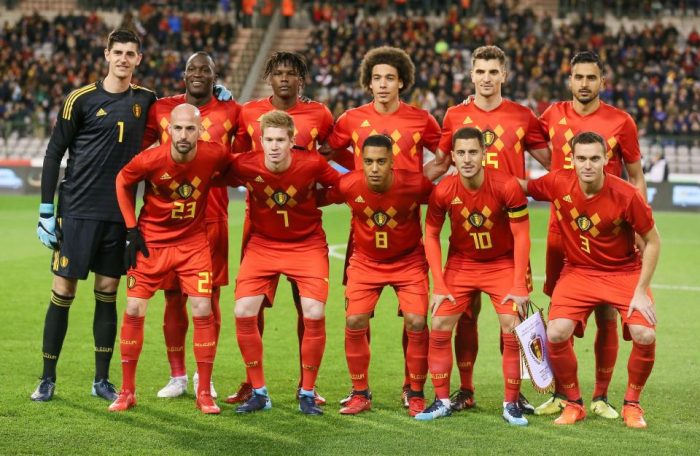 Belgium eased to a 3-0 win over Kazakhstan in Brussels on Saturday to keep up their 100 percent start to the Euro 2020 qualifiers and lead the Group I standings.

Early goals from Dries Mertens and Timothy Castagne put Belgium 2-0 up inside the opening quarter hour and Romelu Lukaku added a third five minutes into the second half.

Belgium have nine points from their opening three qualifiers, ahead of Russia and Scotland who are on six points each.

Scotland’s hopes of a change of fortunes under new manager Steve Clarke looked dashed after Cyprus equalised late at Hampden Park in Glasgow.

But Oliver Burke snatched a last-minute winner to seal a 2-1 triumph.

A scorcher from captain Andy Robertson just after the hour mark had Scotland ahead, but Cyprus equalised in the 87th minute through Ioannis Kousoulos.

But the Scots grabbed back the lead through Burke’s header.

Scotland fired Alex McLeish as manager after losing in Kazakhstan and narrowly beating San Marino in their opening two matches of the campaign in March.

It took Russia 25 minutes, and the first of two own goals by 20-year Michele Cevoli, to get going but they were 4-0 ahead at half-time.

Dzyuba’s first goal came from the penalty kick spot and he completed his hat-trick with a follow-up after having a second spot-kick saved.

His fourth was the last goal of the one-sided win.

On Tuesday, Kazakhstan host San Marino, Scotland are in Belgium and Cyprus travel to Russia for the next round of group fixtures, Reuters/NAN report.