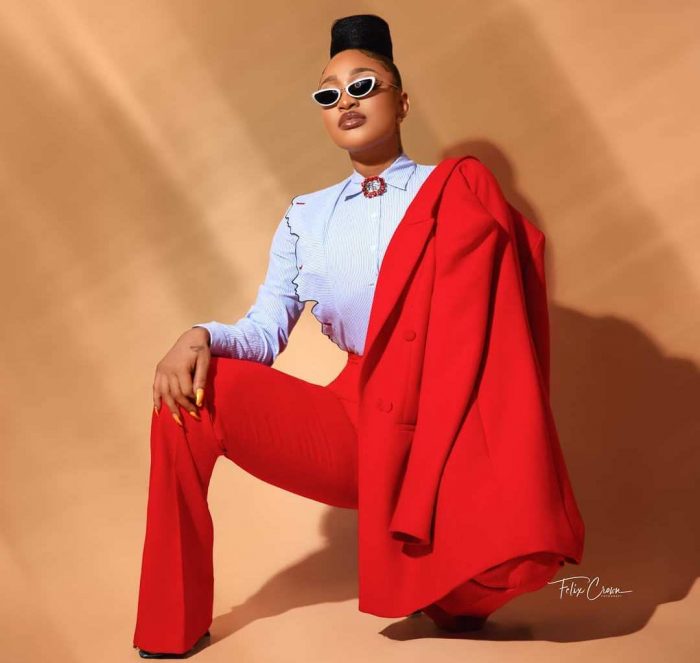 Tonto Dikeh in special attire for her 33rd birthday

Controversial actress, Tonto Dikeh clocks 33 years today, as she marked the day in a special attire.

Dikeh, who is currently in France to cheer the Super Falcons at the ongoing Women’s World Cup wrote on her Instagram: “Happy birthday to me. Oluwa, you have been amazing.”

Thousands of her fans have been wishing her happy birthday on Instagram.

The controversial actress had sometimes ago said he wanted to have a new pair of boobs as her birthday present.

According to Tonto on her Instagram page, the “only birthday present I need this year is a new pair of boobs and I am getting them.”

Tonto is ignorantly bringing Jesus into the matter, asking for His support to have new boobs.

“Dear lord Jesus, I have all I want for now.. My birthday wish is that you make my schedule and that of Dr Ayo align so I have my new boobs in Jesus name I pray!! Thanks daddy Lord,” she said.

She got her breakthrough after being the first runners-up on the reality show, ‘The Next Movie Star’ in 2006. After her second movie, ‘Holy Cross’ then led producers and directors to begin casting her in more productions.

She is known for various Nollywood movies but in particular, the movie “Dirty Secret” brought about controversy. This was because it contained numerous adult scenes which at then was quite foreign in the Nigerian film industry. Critics have accused her of being untraditional and un-African, while others have said that Dikeh was merely being professional.

Dikeh is currently unmarried but was previously married to Oladunni Churchill. The two were traditionally married in August 2015 but divorced by February 2016. They have a son, Andre Omodayo Churchill. By June 2017, Tonto’s dad returned her traditional marriage bride price to his ex-son in law.