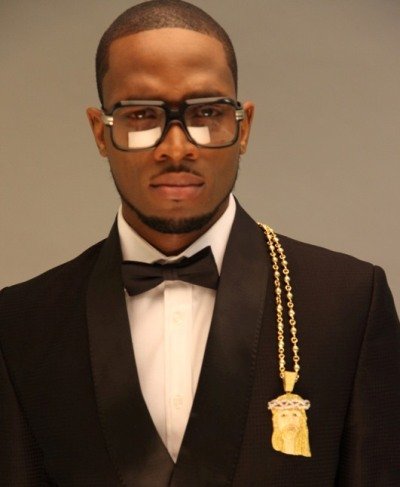 The secret birthday treat that he gave himself was let out by Jeremiah Ogbodo, with the Instagram account @swankyjerry. Ogbodo describes himself as Celebrity Fashion Stylist, designer, Publicist, Strategist and Image Consultant.

Dbanj was apparently surprised that his well-kept secret has been revealed in the social media and replied Swanky via his @Iambangalee account:

Many fans of Dbanj have been sending messages of birthday congratulations to the man they called ‘legend’. Among them is Tonto Dikeh, a.k.a Tontolet, who shares the day with Dbanj. “Hbd twinne”, she wrote.

Dbanj on his account used the video of a dancing fat boy to mark the day with the caption: “Dancing into my birthday like 💡 🎥 Action!#TheveryFew 🎂.

Dbanj also known as kokomaster is one of the most decorated Nigerian artistes, winning the awards for Best African Act at the MTV Europe Music Awards 2007, Artist of the Year at the MTV Africa Music Awards 2009, Best International Act: Africa at the 2011 BET Awards, and Best-selling African Artist at the 2014 World Music Awards, Evolution award at the 2015 MTV Africa Music awards. One of his best known hits is ‘Oliver Twist’, which broke the charts in Africa and Uk when it was released in 2012.

D’banj is ranked to be the richest solo musician in Nigeria according to T.I.N Magazine.

He was born on June 9, 1980 in Zaria to a military officer from Ogun State.