Play as a team to get results, Dilichukwu urges Super Falcons 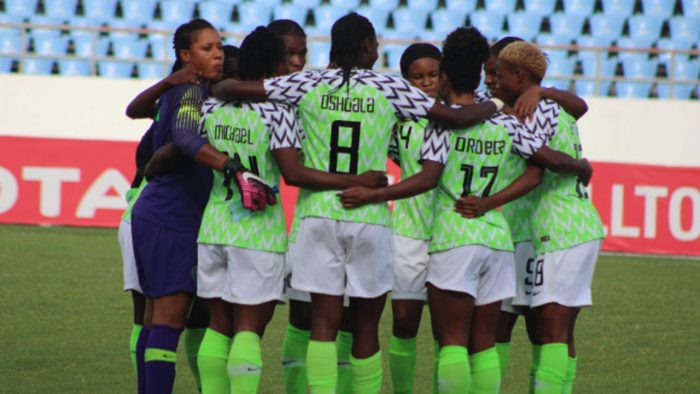 Onyedinma Dilichukwu, former Chairperson, Nigerian Women’s Professional Football League (NWPFL), has urged the Super Falcons to play as a team to achieve results at the ongoing World Cup in France.

Dilichukwu gave the advice on Sunday in Lagos following a disappointing 0-3 loss to Norway in their opening match on Saturday.

She said that the Super Falcons started well but lost concentration as the match progressed, NAN reports.

“The players played individualistic game when they should have been playing as a team.

“They need to get their acts together; their strength lies in their collective effort, when they can harness this they will get the desired result,” she said.

The former Sports Director of FCT told NAN that the team’s defeat should not in any way rattle their confidence in subsequent matches.

According to her, the first match in any tournament is very crucial, and it’s even more crucial when you lose it because one’s morale will be low, but I personally consider it as something that should motivate a team.

“As it is now, they have a lot to prove to their fans, so they need to put that defeat behind them and strive to improve in their next match which, I believe, will be a great comeback.

“They should prepare their minds psychologically and play according to the instructions of their handlers, the team will pull through the group stage.

“They should beef up their defence and I believe that they will bounce back,’’ she said.

Super Falcons will play against South Korea on June 12, while the final group stage match will be against France on June 17.