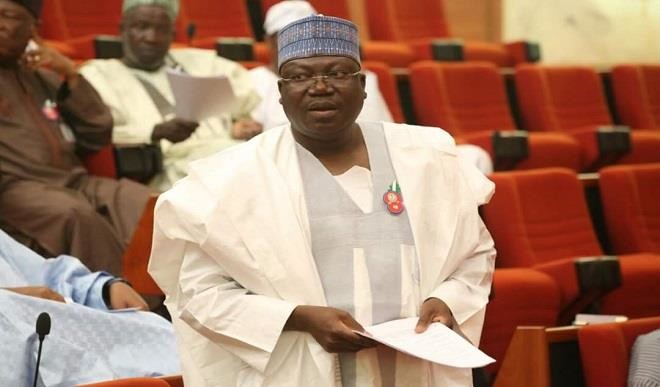 The Chairman, Sen. Ahmad Lawan Campaign Group, Sen. Yahaya Abdullahi says, amendments done to 2015 Senate Rule is illegal and not fit to be used in the 9th National Assembly.

Abdullahi made this known at the News Agency of Nigeria(NAN) Forum on Monday in Abuja.

He said the process of the amendment was against the rules of the senate and should not be allowed to be used in the next assembly.

The senator-elect noted that those opposed to the illegality did not push further to allow peace to reign in the life of the 8th assembly.

According to him, the Bukola Saraki group then, rushed to amend the rules to suit them without recourse to laid down procedure.

“They were afraid of our number so they rushed and unilaterally amended the rules of the senate.

“In our bid to keep peace in the senate, some of us withdrew the case from court.

“The amendment to the rules of the senate then was illegal and the police investigation that was done showed it was done without the consent of the senate.

“This is because the senate rules are very clear. Before you amend the rules you have to bring it to plenary for senators to vote.

“In this case, they never at any point brought it to senate for ratification.

“That is why we are saying that particular change they made to the rules of the senate should not be acceptable,” he said.

The chairman, however, noted that they were not afraid of a secret ballot system, should the national assembly management choose to go for it as against open ballot system.

“If the bureaucracy of the National Assembly insists that, that illegality stands we have no fear that even if they vote secretly, Lawan will win.

“We prefer open ballot system not because it will benefit us or be to our advantage but because we think that is the normal parliamentary practice everywhere in the world.

“Legislators everywhere in the world are accountable to the people who elected them.

“The only way the people who elect legislators are sure they are keeping to the mandate is to check the voters’ record.

“It is good for those who elected us to know our voting pattern on major issues,” he said.

He noted that same thing obtained in other climes and should be adopted in Nigerian parliament.

He stressed that, “In the British or American parliaments, the voting records are the ones taken into account when it comes to election. So we think it is important for people who elect us to know how we vote on major issues of national concern.

“That is why we are insisting on this. We all know what happened to the 2015 rule,” he added.