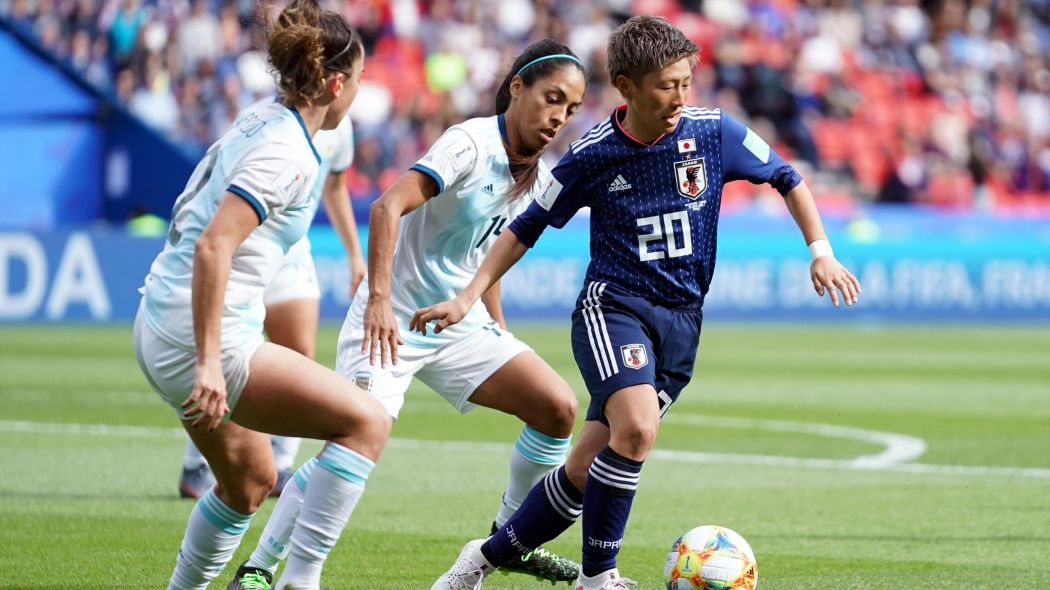 Japan began their quest to reach a third straight final with a poor goalless draw as Argentina claimed a suprise 0-0 draw in Group D.

Argentina earned their first ever point and avoided defeat for the first time in a World Cup match.

The Japanese won the tournament in 2011 by beating the United States, who gained revenge four years later.

An uninspiring contest saw Japan’s Yui Hasegawa screw a shot wide from a promising position in the second half – the closest either side came to a goal.

The draw leaves England top of Group D after they beat Scotland on Sunday.

Although Japan dominated the match in Paris and had 72% possession, they were kept at bay by the dogged Argentine defence, with Yuika Sugasawa shooting wide from an angle after Kumi Yokoyama’s long range shot was parried.

Neither side had a shot on target in the first half, with Argentina striker Flor Bonsegundo’s tame strike straight at goalkeeper Ayaka Yamashita their best effort on goal.