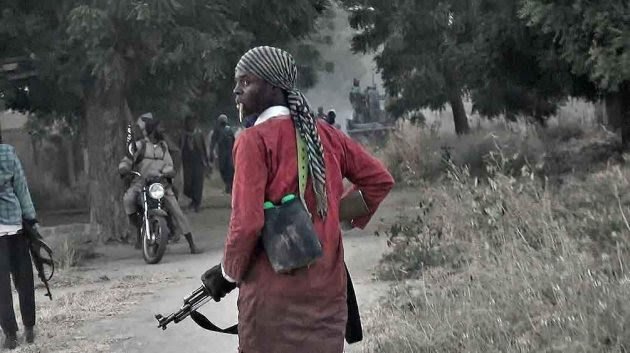 Unidentified gunmen have killed about 100 people in a village in the central part of Mali, the country’s Ministry of Defence said.

The attack was carried out on Sunday in Dogon village in central Mali, mayor of Bankass, Moulaye Guindo said on Monday.

Sunday’s attack took place in the Sangha district, where Fulanis from the neighboring Bankass district descended on a Dogon village after dark.

“Armed men, apparently Fulanis, fired at the population and burned the village,” said Siriam Kanoute, an official for the nearby town of Bandiagara.

He said the current death toll of 95 would likely rise as more bodies were being found.

Violence between Fulani and rival communities has compounded an already dire security situation in Mali’s semi-arid and desert regions, which are used as a base by jihadist groups with ties to al Qaeda and Islamic State.

Fighting between Dogon hunters and Fulani herders has killed hundreds since January, including an attack on Ogossagou village in March in which over 160 Dogon were killed by gunmen, one of the worst acts of violence in the West African country’s recent history.

The killings drew condemnation from the United Nations which dispatched human rights experts to investigate the massacre, seen as one of the worst acts of bloodshed in a country beset by ethnic and Jihadist violence.

The attack, in which women and children were burned in their homes by gunmen, escalated a conflict between Dogon hunters and Fulani herders that killed hundreds of civilians in 2018 and is spreading across the Sahel, the arid region between the Sahara desert to the north and Africa’s savannas to the south.

*This is a developing story. Check back for updates.