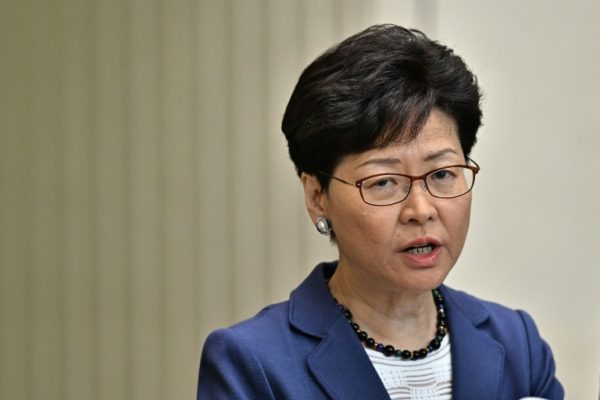 Hong Kong’s pro-Beijing leader, Carrie Lam, said Monday she had no plans to scrap a controversial plan to allow extraditions to the Chinese mainland, a day after huge crowds came out to oppose the proposal.

“This is a very important piece of legislation that will help to uphold justice and also ensure that Hong Kong will fulfil her international obligations in terms of cross-boundary and transnational crimes,” chief executive Carrie told reporters.

The city government is pushing a bill through the legislature that would allow extraditions to any jurisdiction with which it does not already have a treaty — including mainland China.

The proposals have sparked an outcry and birthed an opposition that unites a wide cross-section of the city with opponents fearing the law would entangle people in China’s opaque and politicised court system.

Sunday saw huge crowds march in blazing summer heat through the cramped streets of the financial hub’s main island in a noisy, colourful demonstration calling on the government to scrap its planned extradition law.

Organisers said as many as a million people turned out — by far the largest protest since Hong Kong’s 1997 handover to China — presenting Lam with a major political crisis.

But in her first comments since the mass rallies, Lam said she had no plans to change the current law’s wording or withdraw it from the city’s legislature.

“The bill will resume its second reading on the 12th June,” she said.

Lam denied ignoring the huge public backlash and said her administration had already made major concessions to ensure the city’s unique freedoms would be protected and that the bill’s human rights safeguards met international standards.

“I and my team have not ignored any views expressed on this very important piece of legislation. We have been listening and listening very attentively,” she said.