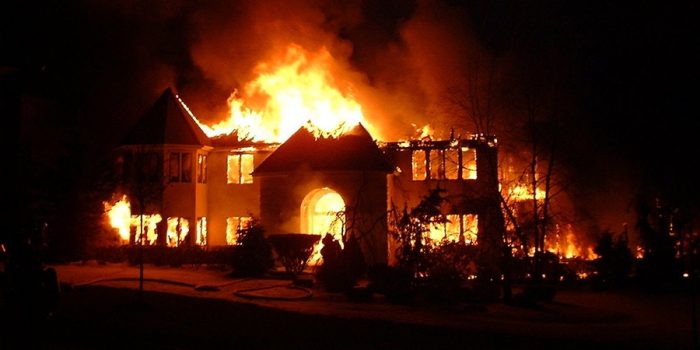 Six temporary shops were burnt down at Kofar Ruwa Market (Kasuwar ‘Yan Rodi) in Kano on Sunday night as fire fighters battled to curtail its spread.

The Public Relations Officer of the State Fire Service, Malam Saidu Mohammed, in Kano on Monday said that six shops were affected by the fire incident which source was yet to be identified.

He said a distress call from one Usman Danladi was received at about 10:10 pm saying that there was fire outbreak at the market.

”On receiving the information, we quickly sent some of our personnel and fire fighting vehicle to the scene of the incident at about 10:15 pm to stop the fire from spreading to other shops,” he said.

He however said that there were no casualties, but that property yet to be estimated were lost to the fire outbreak.

He advised traders to be more careful and desist from using instruments capable of triggering fire as a way of guarding against future occurrence.

Mohammed also advised residents to keep fire buckets, blankets and extinguishers at home to enable them curtail fire outbreak before calling on the fire service.

He said the cause of the fire was still unknown but that investigations has began.