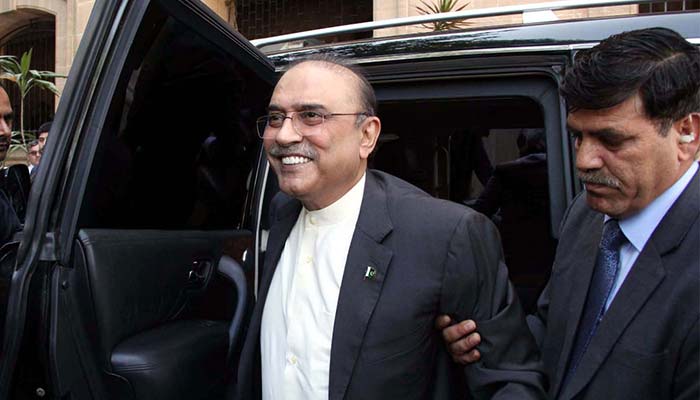 He is accused of operating fake bank accounts to transfer money out of Pakistan.

An NAB team accompanied by police arrested him after the Islamabad High Court rejected an application seeking extension in the pre-arrest bails of Mr Zardari and his sister Faryal Talpur in the case.

However, his sister Faryal has not been arrested, news agency PTI reported.

The cases against Mr Zardari are part of the investigation being conducted by NAB in pursuance of the Pakistan Supreme Court’s verdict in a case related to the money laundering of billions through fake accounts.