Wike: I will not appoint disloyal members into my cabinet 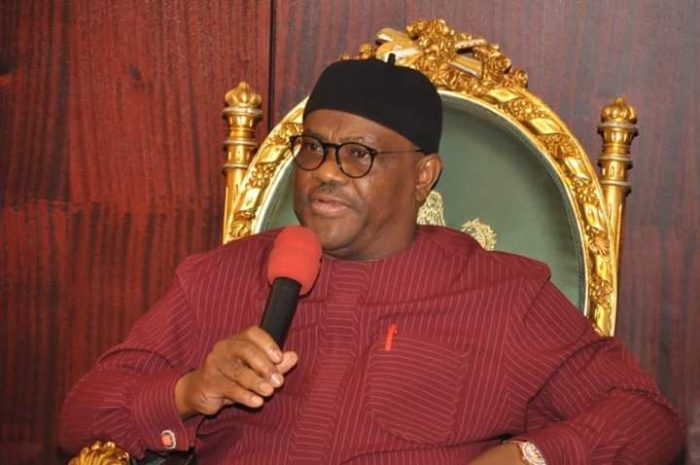 Rivers State Governor, Nyesom Ezenwo Wike has reiterated that his second term appointments will be based on absolute loyalty, commitment to the vision of the administration and the capacity to deliver.

He said: “These appointments are not based on sentiments. Appointment is based on one hundred percent undiluted loyalty and competence. I will not appoint people who will run down the government.

“We will appoint those who believe in the vision and mission of the State Government. Those who will defend the Government and her policies “.

Wike said that the first set of appointments were made to kick start his second term and enhance the development of the state.

He said: ” The appointments that I made were not lobbied for. I know these officials personally.

“Going forward, I will take time to scrutinise people that will be appointed. I learnt my lesson during the last term. I will only appoint people who want to work and those who want to make sacrifices for the state.

“I have known the Secretary to the State Government closely. He is loyal and committed. This second term is for people who wants to work for the state”.

He charged the new appointees not to take their appointments for granted. He said if they fail to work for the people, they will face the consequences.

Wike advised the new Secretary to the Rivers State Government to to work for all Rivers people.

The Governor urged the people of Andoni to take immediate measures to rescue the expatriates kidnapped by Andoni youths, or face the withdrawal of Government Recognition for their Traditional Rulers and the stopping of the Andoni aspect of the Unity Road.

In an interview, reappointed Chief of Staff to the Rivers State Governor, Engr Chukwuemeka Woke said that he will make his contributions to the actualization of the vision and mission of the Wike Administration.