9th NASS: Our victory is defeat of PDP's impunity - APC 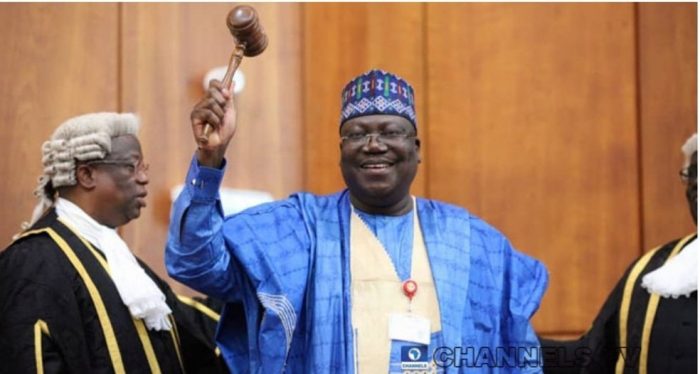 The All Progressives Congress (APC) has said that the victory of its candidates at the election of principal officers of the 9th National Assembly is a triumph of democracy and party politics.

Malam Lanre Issa-Onilu, APC National Publicity Secretary, said this in a statement on Tuesday in Abuja.

He added that it was a triumph of democracy over the brazen lawlessness of anti-democratic forces and a defeat of impunity of minority party.

He congratulated President, Muhammadu Buhari, the party’s National Chairman, Mr Adams Oshiomhole, its governors, stakeholders and members on the success of the election.

Mr Femi Gbajabiamila and Idris Wase emerged as Speaker and Deputy Speaker of the House of Representatives.

He added that the APC had consistently maintained that the leadership of the National Assembly belonged to the party in the majority.

The APC spokesman maintained that outcome of the elections had clearly validated the party’s efforts to institutionalise party discipline and loyalty.

“It is triumph of internal democracy, anchored on consensus building, to which we lay claim, over anti-democratic methods that the Peoples Democratic Party (PDP) had foisted on our democracy over 16 years.

“We are deeply humbled by the honour bestowed on our great party,” he said.

He added that while the party’s members were entitled to savour this victory, they should avoid pettiness and continue to stretch hands of fellowship to progressive forces in other political parties and groups.

This, Issa-Onilu said, was critical to consolidate the country’s democracy.

“We must recommit to cooperation between the Executive and Legislative arms of government; the support of the National Assembly remains critical as an arm of government,”he said.

This, he said, was necessary to enable the APC-led administration to continue to deliver on its infrastructure scheme in the country, to boost economic development.

According to him, more synergy between the Executive and the Legislature will also boost the fight against corruption and give more impetus to national reorientation and the efforts to secure the nation.

He said there was, therefore, need to make a new start and move forward to address the country’s challenges.

He stressed that the 9th National Assembly must immediately address itself to delivering critical legislative intervention.

He said it would enable the President Muhammadu Buhari’s administration to succeed for the benefit of Nigerians.

He added that this was critical to ensure the smooth running of government.

He also applauded the electorate nationwide, whose representatives in both chambers of the National Assembly had entrusted the leadership of the legislature in the hands of APC members.