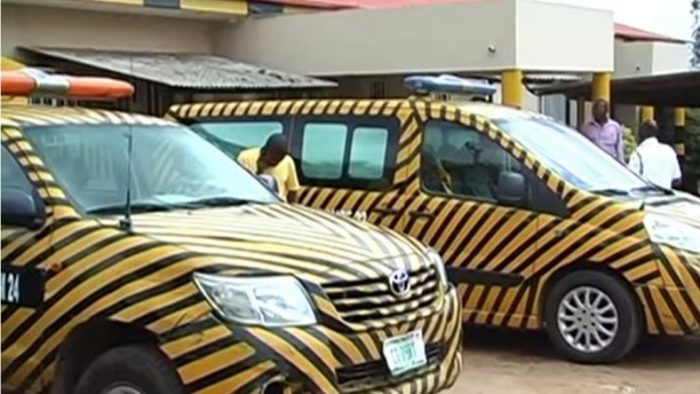 The Directorate of Road Traffic Services (DRTS) in the Federal Capital Territory has deployed 105 personnel to ensure smooth traffic in Abuja during Wednesday’s Democracy Day celebration.

The DRTS Public Relations Officer, Mr Kalu Emetu, told the News Agency of Nigeria (NAN) on Tuesday in Abuja that the deployment was to complement the efforts of other security agencies in providing security and enforcing vehicular movement.

He said that due to restriction of vehicular movement in some areas in the territory during the celebration, security and road traffic agencies were required to ensure smooth flow of traffic.

He said that there would be a recovery unit.

“Men of the recovery unit will drive round the territory to check for accidents.

“They are to man the tow trucks and are in charge of evacuating vehicles causing obstruction to free movement either due to accidents or any other reason,” he said.

The official said that the agency would work in synergy with other security agencies including the Task Force Team made up of military and paramilitary.

“This synergy is of essence because VIO men are not armed; for the kind of services we render, we need the protection of armed men,” he said.

According to him, the other areas include the Bayelsa House, Transcorp Hilton, Intel Junction by Ahmadu Bello Way, NNPC Towers, FCDA by POWA and Goodluck Ebele Jonathan Expressway.

Emetu said that each team would comprise at least five personnel, one Hilux patrol van and a motorbike rider.