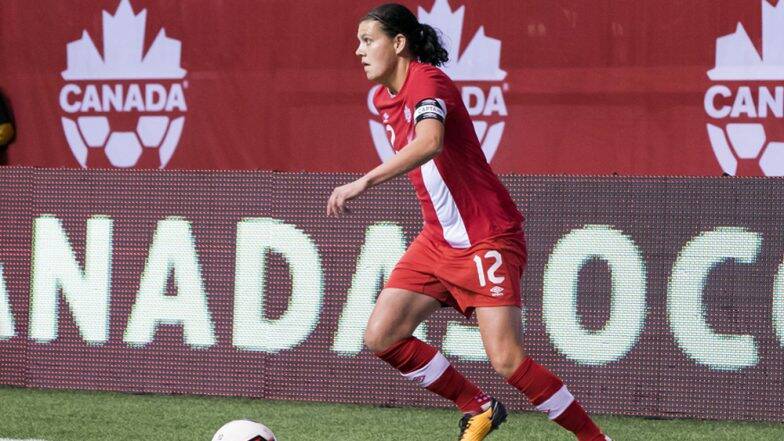 Defender Kadeisha Buchanan scored on the stroke of half-time to hand Canada a winning start to the FIFA Women’s World Cup on Monday.

Buchanan scores for them to edge Cameroon 1-0 at a rainy Stade de La Mosson.

She came storming in at a corner kick and delivered a textbook header to break the deadlock.

Yet, it was an unconvincing performance from Canada, who are fifth in the FIFA women’s rankings and were quarter-finalists at the last World Cup.

In spite of all their possession and passing, Canada managed just three efforts on target as they battled to get the better of the African side’s defence.

Canada’s veteran captain Christine Sinclair could only muster several half chances in her bid to become the first player to score at five different Women’s World Cups.

Nichelle Prince hit the outside of the post just before Buchanan’s goal and then also put a close-in effort wide on the hour mark.

But Canada almost paid a price for failing to add to the goal when Claudine Meffometou went just wide from a 70th minute corner kick.

It was the only real effort of the night for Cameroon.