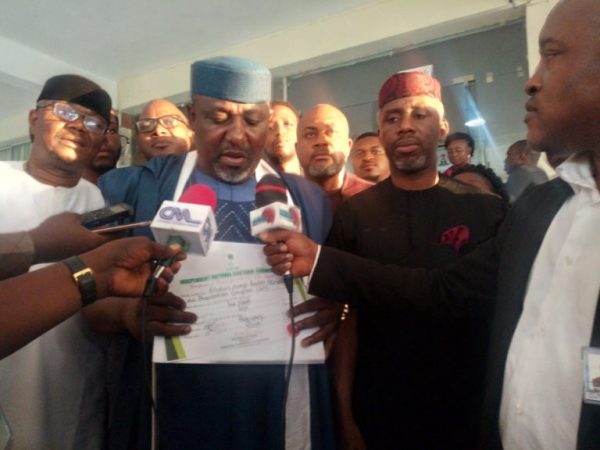 The presentation came hours after the National Assembly was inaugurated and Okorocha was subjected to the indignity of being prevented from attending the inaugural session.

INEC had refused to recognise Okorocha’s victory, alleging that it was procured under duress.

In May, Justice Njemanze of the Owerri High Court further strengthened INEC’s position when he ordered that the Commission not to issue a Certificate of Return to any of the candidates that contested the Imo West Senatorial District election.

The Order from the High Court of Imo State was issued on 23rd May 2019 and the suit has been further adjourned till 26 June.

When INEC presented certificates to senators-elect in March, Okorocha was also not invited.

However, a Federal High Court in Abuja came to Okorocha’s rescue last week.

Justice Okon Abang ordered INEC to release the certificate, castigating the electoral umpire for withholding it under an unknown law.

INEC has indicated it will appeal the judgment, according to a statement by Festus Okoye, the National Commissioner and chairman of Information and Voter Education Committee(IVEC).

Okorocha meanwhile is enjoying the moment.

Speaking with newsmen shortly after collecting the certificate in Abuja, Okorocha said he was told at exactly 6.14 p.m. that his certificate was ready.

“At exactly 6.14 pm, this evening, after the inauguration of the 9th assembly, I was invited to collect my certificate and I have just come to collect it.

“I take it to be God’s time. I believe that justice delayed is justice denied, but all the same for the sake of our nation, I accepted it, ” he said.

Okorocha commended the judiciary for doing the needful and for being there at the needed time as well as serve as the last resort for the common citizens or anybody that felt oppressed.

“I also want to thank INEC for taking this bold step against all odds by issuing my certificate of return, which goes a long way to confirming that the allegation of duress is unfounded by a delay tactic by my detractors to slow down the process.

“I believe this is God’s time and I take it as God’s time. I am happy that finally the matter is resolved.

Asked of his feelings about not being able to participate in the inauguration ceremony for the 9th assembly and the voting process that produced the leadership of the 9th Senate, Okorocha said:” I missed it because I did not have a certificate.

“I belong in the APC and I believe there is nothing wrong with the party but its management.

” I will not stop being an APC member because of somebody. I came into APC alone and I am in the party. I believe in the party. It will be good to say that time will tell,” he said.

He said that he came to the senate to rebuild the political bridges and the rest of the country.

“I have also decided to see the possibility of free education at all levels in Nigeria, so that ordinary people, the poor can have access to education,” Okorocha said. 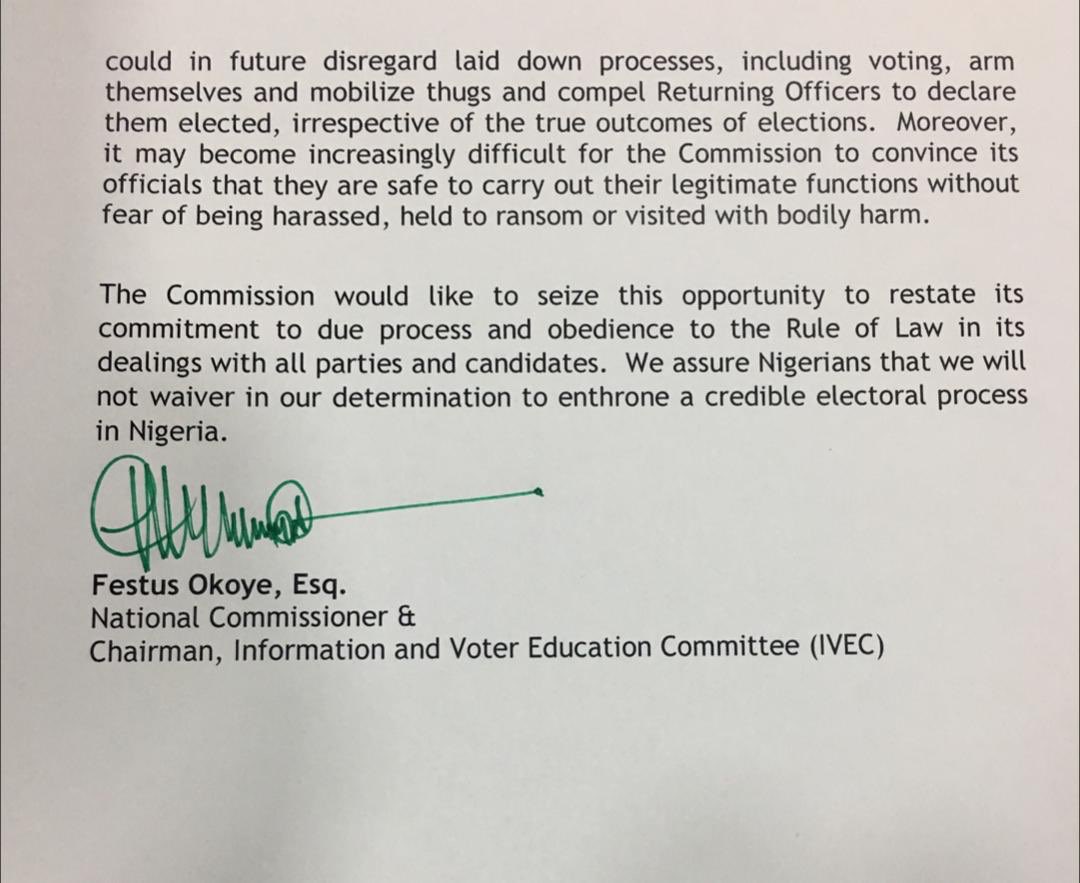