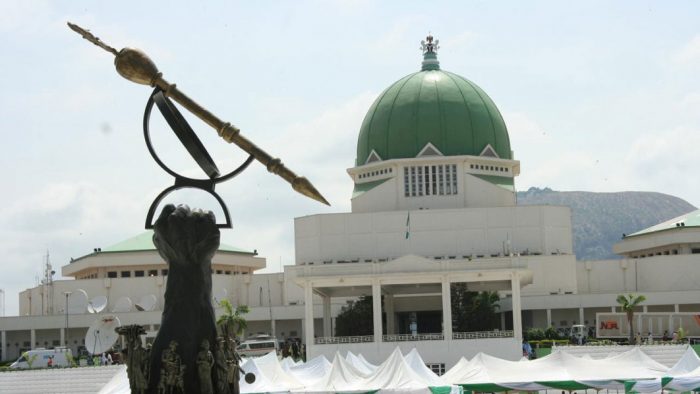 There was commotion at the Senate as lawmakers disagreed on what form of voting system should be adopted to elect principal officers of the upper chamber.

Trouble started when the Clerk of the Senate, Mohammed Sani, read President Muhammadu Buhari’s proclamation letter to members of the Senate, and announced that open ballot would be used for voting exercise.

This led to commotion as those who supported the idea and those opposing it engaged in a shouting match.

Ndume urged his colleagues to vote according to their conscience, noting that his decision to run was a tough one, and that there was a need for the Senate to be inter-dependent from the executive arm of government.

According to him, there was a need to make a legal framework for constituency project which usually causes controversy.