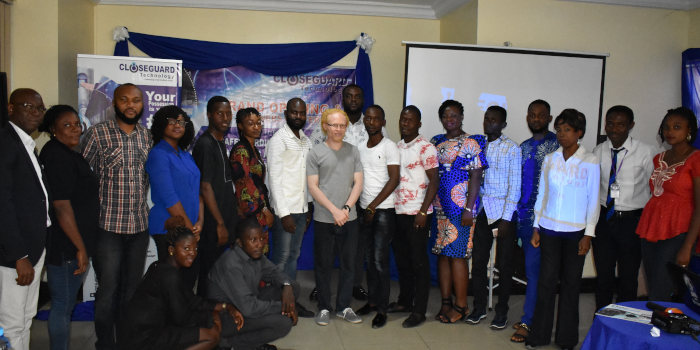 Executive Director, Closeguard Technology, Chuka Okoye, has accused security personnel of being unreceptive to ideas on how to tackle insecurity in the country, especially with the use of modern technology.

Okoye, who spoke Friday at the Grand Opening and 1st Partners Conference of Closeguard Technology, in Abuja, entitled “Safeguarding what matters, when it matters and how it matters”, claimed that several attempts to suggest ways to halt car theft and home burgling had been futile because security personnel see them as people who want to extort money.

“We are interested in solving security problems through automation. We started going into home security due to the prevalence of home burgling. Right in the heart of Abuja, like Utako, cars were stolen and the owners could not locate the cars. That was when we decided to provide technology to enable people locate and control their cars easily. There are so many problems in the country, but people focus on making money rather than solving them.

“Unfortunately, when we met certain security personnel they reacted as if we were trying to make money from them. We end up working with those who are facing these challenges rather than going to the police,” he said.

Additionally, he gave a clue on how criminals break into cars, stressing that, “these criminals buy cars, discover the weaknesses and break into it. This knowledge is available on the Internet.

“Hacking is on the increase because most companies do what others have done. The hacker tries a couple of things that he knows by studying what others are doing; maybe he has worked for one of those people and breaks the whole system.”

He, however, said he has commenced collaboration with government at all levels in sensitising Nigerians especially rural dwellers on how to safeguard property.

“We are also working with them to offer better security by offering free consultancy on products,” he concluded.