The man, Gbajabiamila, his struggles and victory 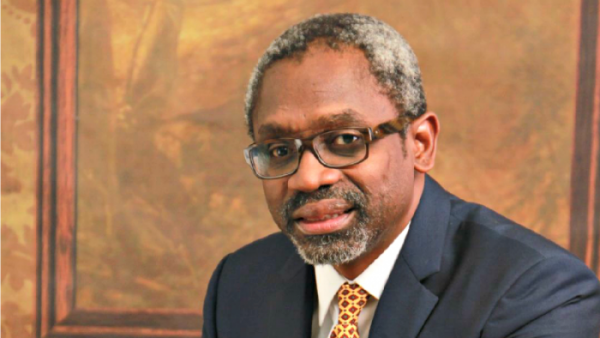 In 2015, it was a gloomy day for Gbajabiamila, when against party choice, members of the House of Representatives rebelled and knocked him out.

Gbajabiamila was born on the 25 June, 1962 into the family of Lateef and Olufunke Gbajabiamila. Gbajabiamila started his elementary education in Lagos at the Mainland Preparatory School at the age of four and proceeded to Igbobi College, Yaba, Lagos in 1973 for his secondary education and graduated around 1978. After completion of his secondary education in Nigeria, he enrolled at the King Williams College, Isle of Man, United Kingdom for his ‘A Levels’ where he graduated at the top of his class around 1980. Upon his return to Nigeria, the young Gbajabiamila was accepted into the University of Lagos, Nigeria for a three-year LLB (Bachelor of Law) degree programme. He graduated with honours in 1983 and proceeded to the Nigerian Law school and was called to the Nigerian bar in 1984.

As a young lawyer, Gbajabiamila started his career with the prestigious law firm of Bentley, Edu and Co, a Lagos based law firm where he distinguished himself as a brilliant legal practitioner. As intellectually adventurous as ever, he stepped out on his own and established his own law firm, Femi Gbaja and Co. on Broad Street, Lagos where he was principal partner. To further his education, Gbajabiamila decided to go back to school, this time in the United States. He attended John Marshall Law School in Atlanta Georgia where he graduated top of his class earning himself a Juris Doctorate. After passing his Georgia bar exams in 2001 he set up a law firm in Atlanta Georgia where he practiced law until his return to Nigeria though with issue of being banned from Practice in same Georgia.

Gbajabiamila had always been actively involved in politics, even in the United States where he actively participated in the election of Bill Campbell who later went on to become Mayor of the city of Atlanta. It was therefore not surprising that on his return to Nigeria, Gbajabiamila situated himself in the political affairs of his constituents and recognized that they would be better served if he had a chance to represent them at the House of Representatives. This informed his decision to delve into partisan politics and offer himself up for service on the platform of the then Alliance for Democracy (AD).

After a rigorous and highly competitive campaign, Gbajabiamila succeeded in ousting the incumbent member of the House of Representatives from Surulere constituency 1, and clinched his party’s nomination for the seat. His party leaders recognized his true commitment to party ideals and worked with him to emerge victorious at the general elections. His first term in the House demonstrated his true passion for issues concerning his constituents and Nigeria as a whole, he worked passionately to address matters of great concern to him and quickly earned a reputation as a true and brilliant legislator.

A true believer in qualitative representation, he took an active part in debates on the floor of the House and was fast recognized as one of the brilliant minds in the National Assembly. He was always on the side of truth and justice and his view truly reflected the wishes and aspirations of his constituents. This was especially evident during the “third term debate” when he was chairman of the 2007 movement in the House, a group largely credited for ending the “third term agenda” and machinations of the then President Obasanjo to perpetuate his stay in office. He did this at great risk to his life and political career. His exceptional record saw him overwhelmingly re-elected in 2007 and elected as Action Congress leader and Minority Whip of the House. By the end of his second tenure, Gbajabiamila had sponsored the highest number of Bills in the National Assembly amongst all the legislators.

Amongst his Bills and Motions in the House, Gbajabiamila has been very passionate about the Employee Rights Bill, Local content in Construction Industry Bill, Vocational Schools Bill, The Economic Stimulus Bill, Interest-Free Students Loan and Establishment of Nigeria Education Bank Bill etc. Gbajabiamila fought tirelessly on the floor of the House through motions to compel the National Assembly to recognize the newly created local governments in Lagos State. He has also successfully sponsored several far reaching amendments to the Nigerian Constitution. In 2011, Gbajabiamila contested for the third term on the platform of his party, ACN and won. He was once again re-elected ACN leader and leader of the opposition in the House of Representatives. In the short time he has held this position, Femi Gbajabiamila revived the role of the opposition in the House and continued to maintain a tough stance against the ruling party, PDP.

A popular cliché amongst members of the House and particularly the ruling party was that “the fear of Gbajabiamila is the beginning of wisdom”. Such a pronouncement was borne not out of fear of Gbajabiamila but out of the profound respect his colleagues accorded him. Gbajabiamila is the initiator of Lagos Job Fair, the first of its kind in Southwest Nigeria, the job fair brought employers of labor drawn from public/private sectors and job seekers under one roof. Instant employments were given to meritorious candidates who are currently excelling in NAFDAC, SMEDAN, MIKANO, Lagos Inland Revenue Service and many others.

After this remarkable success some states, Oyo adopted the Gbajabiamila model. Gbajabiamila was the first and only legislator to bring a motion on the floor of the House for the invocation of the doctrine of necessity, during the illness and absence of President Umar Musa Yar’adua, which led to the swearing-in of Dr. Goodluck Ebele Jonathan as Acting President. He championed the call for fiscal federalism and accountability in public spending. He filed several lawsuits against the then federal government whom he accused of operating an illegal excess crude oil account and spending tax payers’ money without appropriation. Gbajabiamila’s struggle did not go in vain as the present administration has adopted a Treasury Single Account policy which has returned a semblance of accountability to government spending.

In 2011, Gbajabiamila was nominated for a high ranking National Award, Officer of the Federal Republic, (OFR). He surprised many Nigerians and received several acclaims when he turned down the award on the grounds that he did not deserve it and that the awards system in Nigeria was no longer achieving its original intent. To this end, Gbajabiamila put up an amendment to the National Honours Act of 1964 to make stringent guidelines for selection of National Award nominees. Gbajabiamila thus became the third and youngest Nigerian to reject National Honours after Late Chinua Achebe and Prof. Grace Alele-Williams.

In 2014, Femi Gbajabiamila as the Leader of Opposition in the House of Representatives led his colleagues into the merger that gave birth to the All Progressives Congress (APC). Under Femi’s leadership of the APC caucus in the House, the party increased its numbers, earning them the majority.

Upon his re-election into the House of Representatives in 2015, Gbajabiamila presented himself to his colleagues as an aspirant for the Speakership seat in the House. He narrowly lost the election to Yakubu Dogara in an election which he himself described as an act of God.

In the build up to the 9th House of Representatives Speakership seat contest, allegations bordering on fraud continued to imperil Gbajabiamila’s  path to the throne. He fought the battle of his life just days before the inauguration of the 9th National Assembly. For years, Gbajabiamila had been accused of perpetrating fraud in the United States where he obtained a law degree and where he practiced until his return to Nigeria to join partisan politics from the platform of the defunct Alliance for Democracy (AD). It was gathered that Gbajabiamila was found guilty of fraud by the US Supreme Court of Georgia in February 2007 and was suspended from practicing law in the US for the offence. Suits were instituted against Gbajabiamila in Nigeria, seeking to stop his ambition of becoming Speaker.

The Gbajabiamila Campaign Organisation, chairman, Hon Abdulmumin Jibrin, had described the allegations as “outright lies. Femi Gbajabiamila has never been convicted for any crime in the US, Nigeria or anywhere. He has never been accused of corruption and has no corruption case. He never committed perjury in Nigeria or any country of the world. He has provided clarifications and set records straight. The allegations have been tested and struck out in court. It has been stated that he is a full member of the Bar of Georgia.”

Some were still expecting a repeat of that infamous episode of 2015, but that was not to be again as the APC had become wiser. Long before the contest, the party’s bigwigs, like Bola Tinubu, Adams Oshiomhole and others stood like the Rock of Gibraltar. It was a sweet victory as Gbajabiamila won by a landslide, polling 283 votes to defeat Mohammed Bago, who polled 76 votes.