Embarrassing: 4 Nigerians arrested for kidnap of Canadians in Ghana 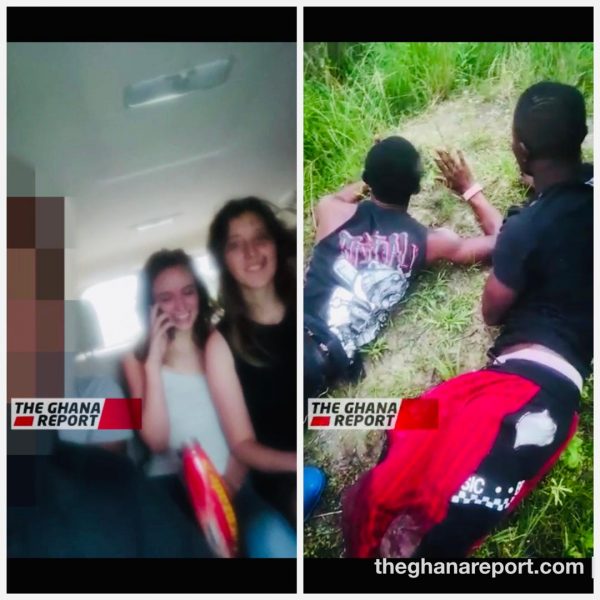 The freed Canadian girls and two of the arrested Nigerian kidnappers: despite kidnapping in Ghana, deputy Defence minister says Ghana is heaven compared with Nigeria and some other countries

Ghanaweb.com has revealed that four Nigerians, yet to be identified, were responsible for the kidnap of two Canadian ladies in Kumasi last week.

The Canadians were Bailen Chitty, 19 years and Lauren Patricia Catherine, 20 years, all charity volunteers for Youth Challenge International. They were taken as they came out of a taxi last week Tuesday evening in Kumasi.

The girls were rescued last night from the den of the kidnappers in a slum of Kumasi after a gun battle with a team of top national security operatives.

The Ghanaian online newspaper said the four kidnappers, all Nigerians have also been arrested after the standoff between them and the rescuing force.

The Nigerians have not been identified yet, but a video of their arrest has been published by Ghanaweb.com.

According to the newspaper, the Nigerians were believed to have had support from Ghanaians before perpetrating the crime.

Special Operations team from National Security took over operations to rescue the girls on the evening of Monday, June 10.

The two girls who are in their early adulthood have been in Ghana offering voluntary international service but luck eluded them and they were kidnapped last week.

However, the Ghana Tourism Authority on June 11, 2019 moved in to close down the hostel where the two girls stay in Kumasi claiming it has not been licensed and also has no security arrangement hence, could not be allowed continue its operation.