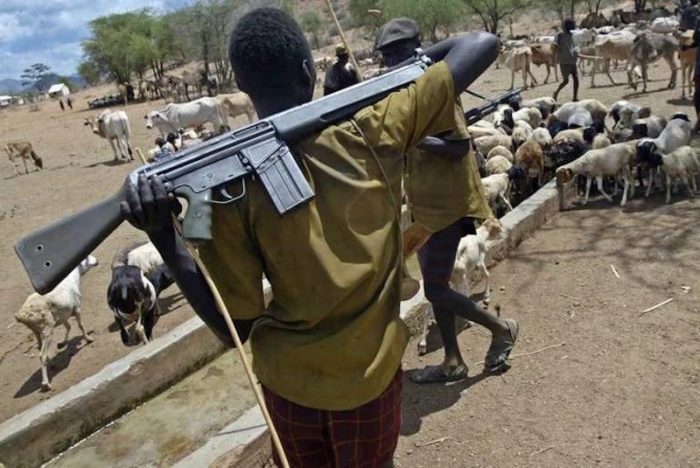 Bandits, described as Fulani herdsmen on Wednesday attacked passengers on the Ife-Ibadan highway, killing one person.

The dead man was identified as Mr Adenipekun Ademiju, a worker in the Atakumosa West Local Government Area of Osun.

Ademiju was said to have boarded a vehicle at Osu town going to Ibadan when he and other passengers were attacked at Ikire community along the expressway.

According to an eye-witness account, Ademiju was hit by bullet as the robbers fired indiscriminately in to forcefully stop the vehicle.

“The man was killed instantly by Fulani herdsmen who rob regularly on this road.

“It was Ademiju and the driver that were in the car but while the robbers were shooting indiscriminately to forcefully stop them, the bullet hit the deceased.

“The driver ran into the nearby bush and Ademiju’s body was left on the highway by the robbers, who went away with the car,” the witness said.

The Public Relations Officer of the Osun State Police Command, SP. Folashade Odoro, who confirmed the incident in an interview with newsmen, said police were still investigating the matter.

Herdsmen and other criminal gangs have launched deadly attacks on highways in parts of the country in recent years, making travelling a risky venture nationwide.

Kidnappers have similarly, descended on hapless citizens in full force but the Federal Government has equally descended on the criminal elements, making life unbearable for them.