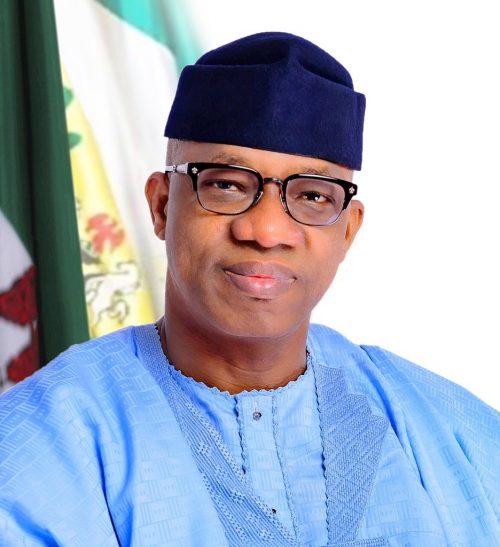 Ogun State Governor, Prince Dapo Abiodun has vowed to bring to reality in the state, the vision of the acclaimed winner of the June 12 , 1993 Presidential election, Moshood Kashimawo Olawale (MKO) Abiola.

Abiodun stated this on Wednesday during the June 12 anniversary commemoration and 2019 Democracy Day celebration, held at the MKO Abiola Stadium in Abeokuta.

The governor, represented by his deputy, Mrs Noimot Salako-Oyedele, pledged to leave no stone unturned in his bid to bring equal level of socio-economic development to all the parts of the state .

He noted that the state government would create equitable society and enlarge opportunities for individuals and societal development which MKO Abiola stood and died for.

“It is important to situate the significance of June 12 presidential election in the proper context. The election was not just an ordinary election.

“It was an exercise in which Nigerians cast aside their religious, ethnic and other parochial sentiments to entrust the mantle of leadership of the country to a man who later paid the supreme price.

“I urge us all to make the sacrifice of MKO Abiola count as we continue to enthrone good governance for the benefit of the people,” he said.

He charged political actors not to lose sight of June 12, 1993, saying that so much labour and struggle had been invested in order to ensure the attainment and survival of democracy in Nigeria.

In his goodwill message, Abdulmumin Abiola, one of the sons of MKO Abiola, noted that the event of June 12 marked the freest and fairest elections held in the country.

“Today is a historic day. The actualisation of the long battle and campaigning for justification for June 12 as democracy day has finally come to fruition.

“The decision of General Ibrahim Babaginda to annul the election was a surprise to both my family and the Nigerian people in general.

“My dad and the general were close friends; it was a surprise to my father.

“But I am so proud that Chief MKO Abiola was able to stand for what he believed to be true. It is important we do this when you find that justice is supposed to be done.

“I do not intend to celebrate this day. I intend to reflect on where we are as a nation, where we intend to go and where my children will be.

“It is important we understand that Nigeria belongs to all of us,” he said.

In his remark, the Chairman, Afenifere Renewal Group, Wale Oshun, said that government and people of the state must hold the memory of MKO with a lot of appreciation.

He noted that the inheritors of June 12 struggles should work hard and sacrifice to ensure that the country was returned to federalism.

Highpoint of the event was a match past by students, trade union associations and voluntary organisations.