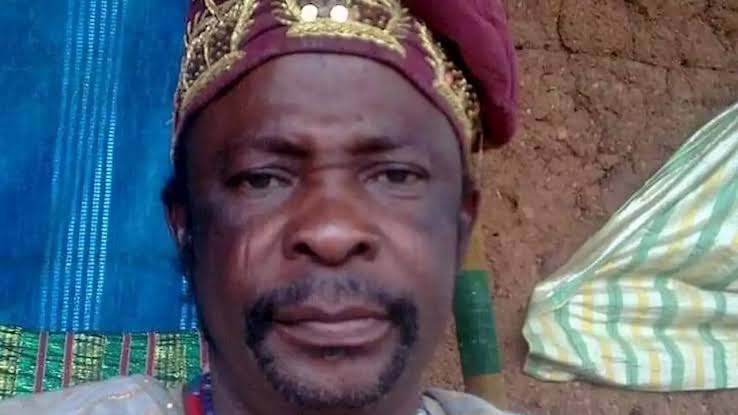 Dagunro died in the early hours of Thursday, June 13, after battling an undisclosed ailment in the last few years.

The Osogbo-born actor was known for his outstanding roles in several epic Yoruba movies.

Salami also known as `Oga Bello’ said that Dagunro’s death came as a rude shock to him, describing him as a humble, accommodating and a kind man.

He said that the movie industry would not forget Dagunro in a hurry, bearing in mind his remarkable contributions to the development of the Yoruba movie industry.

“Dagunro’s demise is a rude shock to me; he was such a kind, hard-working, accommodating and a humble man.

“He has left lasting legacies which I know we; in the industry and his fans, will not forget in a hurry.

“He has lots of `children’ whom he trained in the industry, I know they will continue with his good works,” he said.

Also, Segun Akiremi, popular known as `Kanran’ said that the late Dagunro would be greatly missed, having contributed to the growth of Yoruba epic movie productions which was his favourite.

He described the late actor as an easy-going individual, greatly committed to his profession and hated cheating.

According to him, Dagunro loved to portray the undiluted Yoruba culture in virtually all his plays as he was well grounded in it.

“This is a sad news for me, he is such a hard-working man and a professional; we will all miss him.

“He embraced the epic Yoruba movie production with the originators: Duro Ladipo and Ayanfemi Philips; he loved to portray our culture without adulteration.

“I pray that God consoles the family he left behind and rests his soul in peace,” he said.

Waheed Ijaduade said that Dagunro was a good scriptwriter and great actor who could not be compared with other actors.

He added that he had a vast knowledge of the Yoruba culture which was glaring in all his plays and he took pleasure in flaunting his culture.

“His death is a great loss to us in the movie industry, May his soul rest in peace.

“We will miss him acting as a herbalist, warrior, kinsman, elder and all because he was used to interpreting his roles properly,” he said.