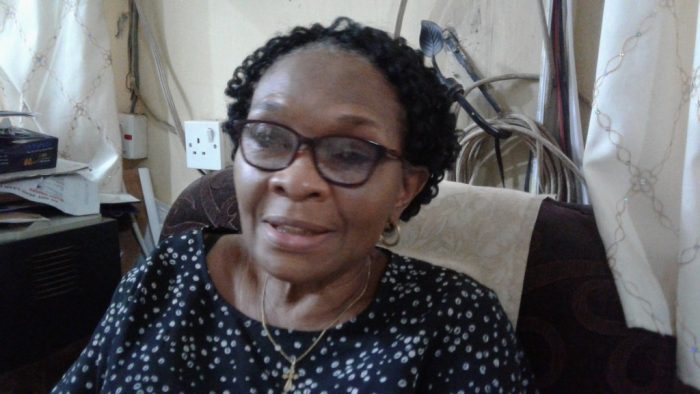 The first female to obtain PhD in Computer Science in Nigeria, Professor ADENIKE OSOFISAN spoke with GBENRO ADESINA about what it took her to achieve the feat.

Q: How did you get to know that you have been selected to be inducted into the Nigerian Women Hall of Fame?

Q: How did you feel at that moment?

A: I don’t know. Well, I was happy. You know that kind of feeling, a couple of mixed feelings. I was very happy and joyful. At the same time, I just wished my dad was still alive to witness it. That was why it was a kind of mixed emotion.

Q: Why not Mummy?

A: My mummy too but my dad was an unusual father. My father gave all his children equal opportunity in every sphere of life. He doesn’t believe that one child is superior to another. I knew he had very high hopes with regards to my person.

Q: You are the first woman to openly admit to me that a father could mean so much to his children. It has always been mummy, mummy and mummy and fathers hardly have a place with their children…

A: You see, my father was an unusual person. He loved education to the core. While we were in school, my father will be the one to come for the PTA meetings. He will be the one to come to all the functions we do in the school. Most fathers don’t but my father did. During holidays, he would be the one that would put us through so many activities. He made us to be fully aware of our environment. He gave us holistic education. I will give you one example. When the military took over, our house was like a public house. So, we had all the posters of the military officers, the head of state, the governors and everything. One day, my father called all of us, asking us questions with respect to those posters. Who is the military governor of Western State? The head of state? And he would ask you to spell the names of those individuals because he expected us that we must pay attention to everything that goes on around us. I remember one of my older ones, spelling lieutenant as ‘leftanat’. My father would wake up in the middle of the night, he would read Shakespeare and in the morning he would call all of us and start asking us questions. He would give us books to read and ask us questions. I am sorry to say, most fathers don’t have time for such things. Even though my father was a politician and a businessman, he still created time for his children. He was a member of the House of Representatives, the first House of Reps. in Nigeria. He would take us along on campaign train so that we will be in the car with him, so that he can discuss with us. He was a kind of man that will say, “My children are very important to me”. My father gave birth to 26 children. Some of them have passed on. But those who are alive, ask anyone of them, they will choose my father over their mothers. It is so strange but that was the kind of man he was because he gave us his time. Like I said, he was a businessman. He got us involved in his business so that we would be with him in the shop. He was always around his children. So, you can’t find a father who is always around his children and the children will not mention him first.

Q: What was he selling?

A: He was a G. B. Ollivant man. He was a general manager of GBO. By age six, I was using what they called the reckoner then. I know how to sell materials. I know the prices of all the commodities. When he became a customary court president, he took us to customary court that I even started recording cases in the customary court. If you are around somebody and the person shows you love and he gives you money, so, why on earth wouldn’t you mention him first? Even our friends, he paid attention to all of them.

Q: That means you are from a polygamous home. What was the experience like?

A: Yes, I am from a polygamous home. We do things in groups, age group not according to mother. You move with your age group. It is like whoever your mother is irrelevant.

Q: Coming from a polygamous home means that you have been taught not to be jealous when you see ladies flocking around your husband?

A: We discovered something when my father died. We do make jokes with my father a lot. There was a time we were making joke of him with one of my half-sisters. If you see the way all the five wives came to defend their husband. We were amazed and concluded that so there is also love in polygamy.

Q: You evaded my question?

A: Have you seen any woman who wants another woman around her husband?

Q: But you can manage it?

A: Yes, I can manage it but that doesn’t mean that I like it. Yes, I can cope very well, but they will not find it easy.

Q: Why do you think you were selected for the Hall of Fame?

A: Well with all modesty, I have been first in four national things. I was the first woman to have PhD in Computer Science in Nigeria, the first female to become a professor in Computer Science not in Nigeria but in Africa, I was the first female to be the president and chairman of Computer Professional Registration Council of Nigeria, CPRCN. I was also the first female to become the provost of the college of fellow of the Nigeria Computer Society. Having won four first internationally, I think maybe that is why they decided to do that. And when I was CPRCN president, which is the act of parliament, decree 49 of 1993, I became involved with the federal government. It is like a parastatal of federal government. We go to National Assembly to defend budget, to do all kind of things. We were part of the Ministry of Education. I also got involved with a lot of IT educational things. To the glory of God, during my period, when I took over as the president, the council had only one office in Lagos but under my presidency for four years, I transformed that place into nine zonal offices across the nation. I was always moving around Nigeria.
To read the rest of the interview, click: https://www.thenewsnigeria.com.ng/2019/06/adenike-osofisan-calls-for-more-honours-for-adadevoh/