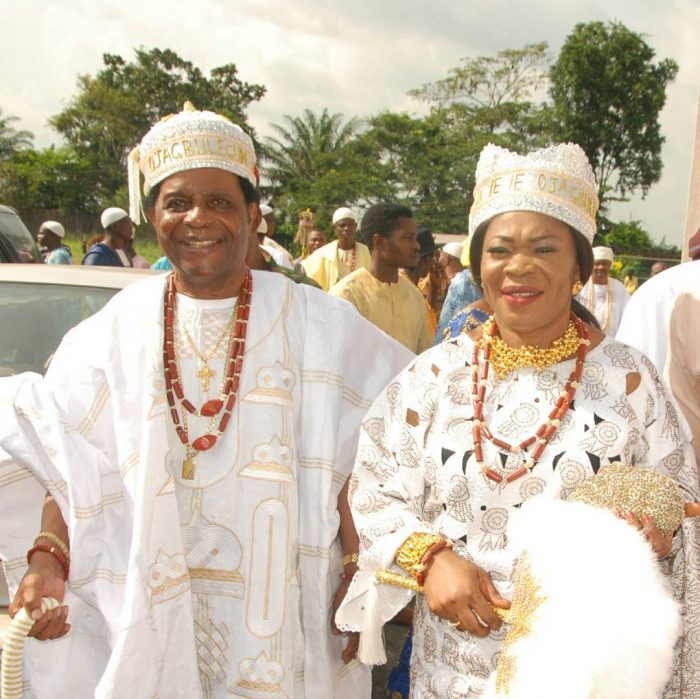 Wife of retired Major-Gen. Olu Bajowa, the Chairman of Legacy Forum, a unit of the Buhari Support Organisation (BSO), Mrs Iluyemi Bajowa was on Wednesday installed as regent of Ayeka town in Okitipupa Local Government Area of Ondo State following the death of her father, Oba Bode Ayelomi, the traditional ruler of the town on Feb. 19.

The princess was considered for the regency and asked to ascend the throne of her father as the regent, pending when a substantial King would be installed.

Senior Chief Olatunbosun Akinola, the Ojomo of Ayeka town, who is second in command to the late king, said that Mrs Bajowa was chosen after several consultations with the deities of the town.

Chief Akinola described the regent as a good daughter of the late Oba and the entire Ayeka Kingdom, hence her acceptance to the palace.

The News Agency of Nigeria (NAN) reports that some dignitaries present include: retired Gen. Bajowa, Prince Barrister Adeolu Ayelomi and Chief Andrew Olibamoyo, a popular radio presenter among others.