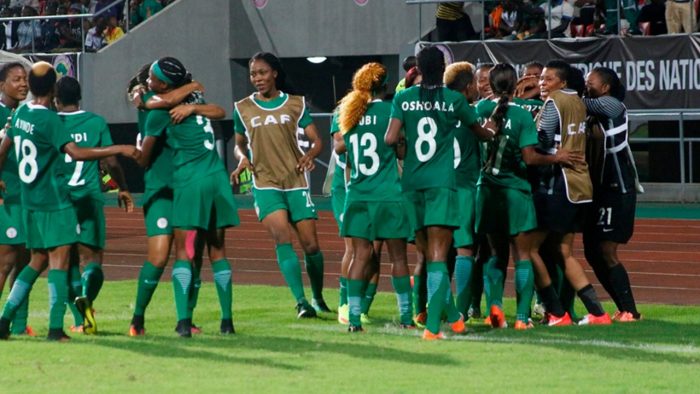 The Nigeria women’s coach Thomas Dennerby has praised his players for their solid display in their 2-0 win over South Korea in Grenoble.

The Super Falcons came into the contest with hopes of bouncing back from their 3-0 loss to Norway in their first match last Saturday in Reims.

While lauding his ladies on sticking to the match plan, the coach believes they have a good chance if they can replicate their form against France.

“Today our discipline was better than against Norway – no mistakes at all,” Dennerby told the media.

“If we can be as compact as we were today, don’t let teams overplay us in midfield and find passes through, we know we’ll get opportunities for players like Asisat.

“The players followed our match plan and that’s all you can really ask. Now we go to play France, a really good team. If we can come out with a point everyone would be extremely happy.

“But you can’t just go to defend – you need to know what to do when you win the ball back.

And hopefully, we can have a little bit of success.”

The win means Nigeria are third on the Group A log with three points and will hope to wrap up their group stage outing with a fine result against the hosts, Les Bleus on Monday.