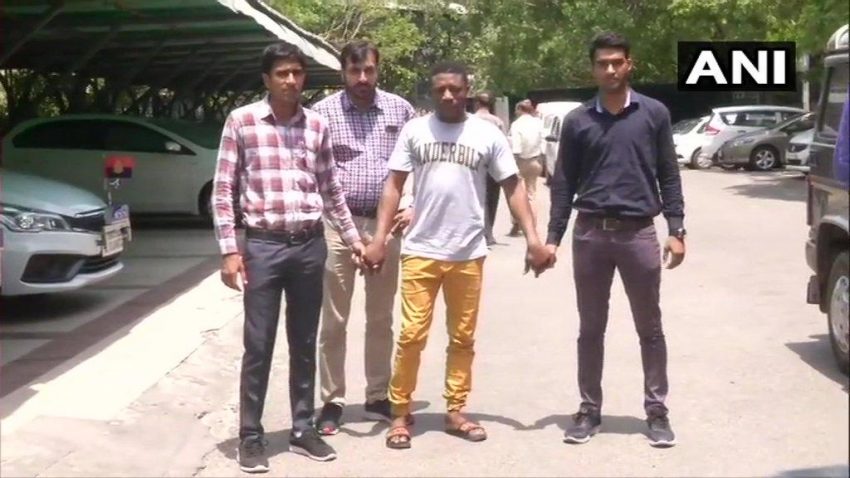 Indian police have identified the Nigerian who was reported earlier on Thursday to have duped two Indians of $216,000.The suspect is 39-year-old Gilbert Okoye Pedro

Pedro was arrested for allegedly duping people on the pretext of dealing in Folinic B12 oil across India, the Delhi Police said on Thursday.

The Nigerian reportedly duped more than a dozen people through his scheme.

According to the police, Pedro was staying illegally in India and he targeted the victims via LinkedIn and lured them in the business of sale and purchase of Folinic B12 oil which actually turned out to be honey.

He used to contact people as a representative of the Ghana-based firm for a lucrative opportunity of export of Folinic B12 Oil’ from India to Ghana, which he claimed was required for producing vaccines for racehorses, the officer said.

Police said that two complainants approached them after they were duped of more than Rs 1.5 crore.

“Both the complainants revealed that the accused contacted them via LinkedIn and gained their trust. He even used to meet the victims personally to lend a degree of authenticity to the scam and used to weave a story to trap the victims on the pretext of purchase of Folinic B12 oil for a company in Ghana which he claimed would help them make a good amount of money,” said DCP (Cyber) Anyesh Roy.

Roy further added that Pedro pretended to be a mediator in the fictional sale and purchase of the product between the Indian victim and the Ghanaian company.

“The dealing amount was deposited in multiple bank accounts and was then withdrawn from ATMs in Mumbai and Bengaluru and the cash was used to buy different goods, particularly human hair,” said Roy.

There is a huge market in Nigeria for hair extensions and wig manufacturing. Human hair worth Rs 3,000 is sold for as much as 200 dollars or around Rs 14,000 in Nigeria.