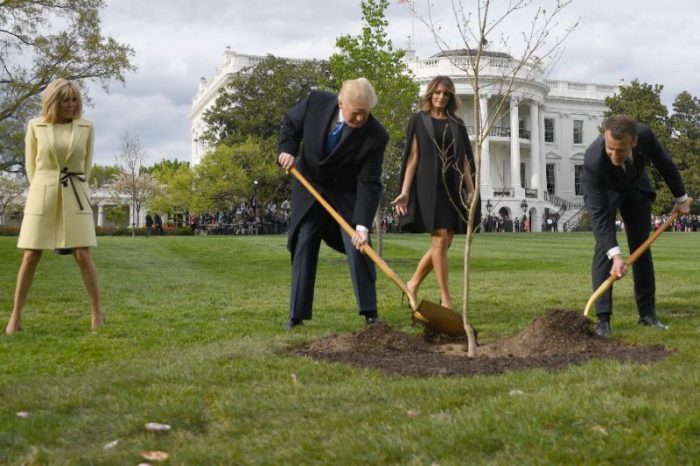 French president Emmanuel Macron will send a replacement oak tree to US President Donald Trump after the original was dug up from the White House garden and died.

“The poor thing did not survive,” Macron said, when he also asked reporters not to “look for meaning where there is none”.

“I will send another,” he added.

The French leader offered the young oak to Trump during a state visit to Washington in 2018, and the two shovelled dirt around it under the watchful eyes of their wives — and cameras from around the world.

It was a symbolic gesture: the tree came from a northern French forest where 2,000 US Marines died during World War I.

But after the cameras left, the young oak was dug up and placed in quarantine — where it died soon after, with many seeing it as symbol of US-France ties, which have since frayed over issues ranging from Iran to trade.

The two leaders recently marked the 75th anniversary of D-Day together, with Macron — who has been an outspoken critic of Trump’s nationalism and isolationist tendencies — using the occasion to send a message to his American visitor.

“America is never as big as when it is fighting for the freedom of others,” he said.