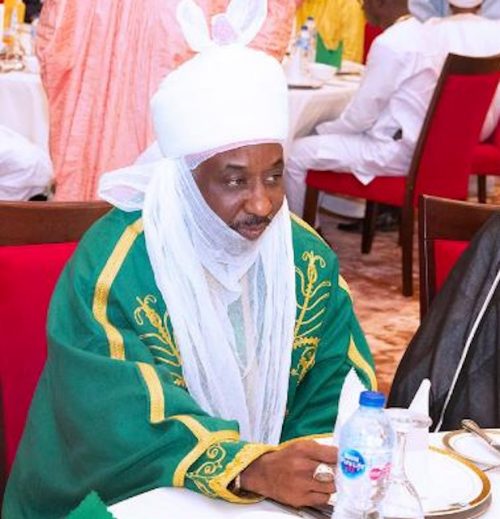 Below is the full preliminary report served the Secretary to Kano State Government by the state anti-graft commission attached with some documents to buttress its investigation into the alleged misappropriation of N3.4bn by the Kano Emirate Council between 2014 and 2017.

The commission insists in this report that the Emir is the accounting officer of council, whose account was not audited within the period under investigation. The commission is also accusing the Emirate Council of obstruction of investigation and called for the suspension of the Emir to allow free probe, among others.

RE: PRELIMINARY REPORT OF INVESTIGATION IN RESPECT OF PETITION OF FINANCIAL MISAPPROPRIATION AGAINST KANO STATE EMIRATE COUNCIL UNDER THE PRESENT EMIR
MUHAMMADU SANUSI II

In furtherance to the Commission’s earlier communication No. PCAC/GEN/6/V.I, dated 31st May, 2019, on the above subject matter and the unfolding events, the Commission deemed it necessary to make some clarifications as follows:-

It is imperative to state categorically that, the Commission’s investigation is on alleged misappropriation and questionable expenditures but not on the funds left behind by the Late Emir of Kano Alh. Ado Bayero and we still maintain our stance.

In the cause of investigation we undertook an analysis of the main Account belonging to Kano Emirate Council and domicile at First Bank with account No. 2005888452 starting from the era of the Late Emir to enable the Commission have an idea of how the money is being managed.

There were Seven Hundred and Eighty Three (783) activities bothering on withdrawals, transfers and placements from 2/1/2013 to 06/06/2014 in respect of the account which covers the time of Late Emir Ado Bayero as per the analysis conducted by this Commission.

Similarly, all the expenditures made by the Emirate Council are either based on the approval or on instruction of His Highness as per attached copy of the payment voucher which reads “Being payment to the above named in respect of making special prayers for peace as directed by H.H. Emir of Kano respectively“. Therefore any claim that the Emir is not accounting officer of the Kano Emirate Council is a deception and a misrepresentation of facts.

Specifically, the reason of our recommendation for the suspension apart from
obstruction of investigation which formed the basis, investigation further reveals that Rufa’I Buhari (Senior Accountant) usually made cash withdrawals directly from the account and change it to Dollars on behalf of the Emir. Sometimes a direct transfers from the account are made to a Bureau De Change belonging to one Jazuli Sani who was said to have died.

This additional explanation formed part of our preliminary report because there is a serious need to dig deeper into the personal expenditures charged directly from the council’s account as in the attached Payment Vouchers where Mujitaba Abba (a brother to His Highness) claimed an OPE to the tune of One Million One Hundred and Eighty Thousand Five Hundred and Fifty Naira (N1,180,550.00) incurred during the activities of the settlement of the Emir’s Children’s School Fees.

In a desperate move to stop this investigation, the Emir filed two (2) separate but similar cases in courts against the Commission. The only difference is the cause of action. He filed an action for Fundamental Enforcement before the Federal High Court with case number FHC/KN/CS/102/2019 HH Sanusi II V. Public Complaints and Anti-Corruption
Commission & 2 Others while the one at the State High Court with case number K/M515/2019 with the same parties seeking for an order of Certiorari to quash the preliminary report but not challenging the merit of our findings.

The law establishing the funds also enjoined the Emirate Council to audit it
finances annually but based on the answer to our request by the Auditor
General of the Local Government (copy attached) the Council under the
current Emir has not audit its finances from 2014 – 2016.

Generally, it is important for the government to consider the recommendation of the Commission in the interest of public policy and the anti-corruption drive.