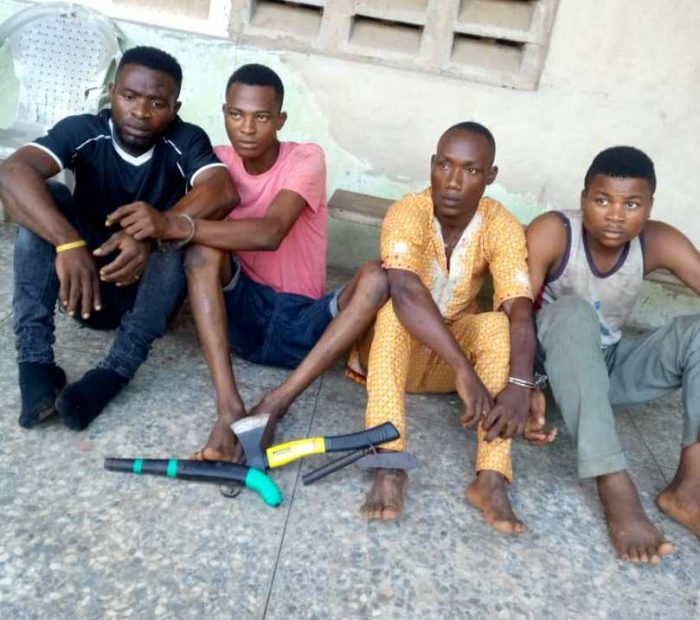 The Ogun State Police Command has arrested four suspected cultists and members of the dreaded Eiye Confraternity at Iwesi, Ijebu-Ode while planning to carry out a violent attack in the area.

The command, in a  statement issued by it public relation officer, said the suspects were arrested after a tip-off.

On receiving the information, the Commissioner of Police, CP Bashir Makama gave a marching order to the officer in-charge, Special Anti-Robbery Squad, CSP Tijani Mohammed to move into the area in order to nip in the bud the planned attack.

In compliance with the CP’s directive, a team of Special Anti-Robbery Squad (SARS) stormed the hideout where four members of the group namely: Tunde Olabinjo, 22, Raheem Ibrahim, 28y, Tawaq Azeez, 31 and Bisoye Ajayi were apprehended.

Recovered from the suspects were one cut to size single barrel gun, one locally made pistol and one battle axe.

The arrested suspects have all confessed being members of the deadly Eiye cult group and that they were planning to launch an attack on a rival cult group within Ijebu-Ode before they were arrested.