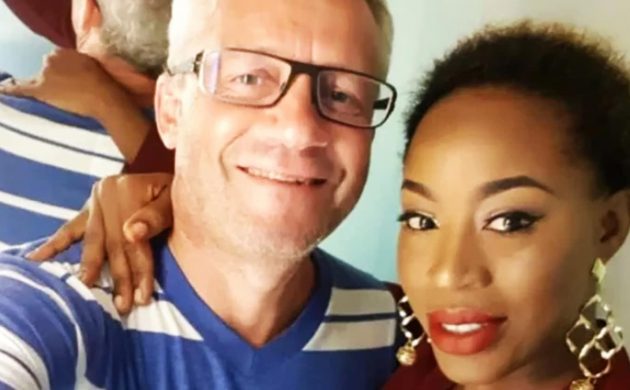 The trial of Peter Neilsen, a Danish man accused of killing his Nigerian wife and daughter in April 2018, will continue in Lagos on 3 July.

In the latest report on the trial in Lagos, Neilsen’s DNA has been found on the nightwear of his dead wife, Zainab Ali-Nielsen, a popular singer better known as Alizee, according to a forensic scientist who testified at Lagos State High Court.

Dr Richard Somiari also confirmed to the court that Nielsen’s DNA was found on his daughter Petra’s pajamas. The scientist said the likelihood of finding another person with that same profile was one in seven quadrillions.

Alizee and her daughter were killed on 5 April 2018, and Somiari told the court the samples are “indication of a struggle”.

Somiari, who is the Centre Director for the Lagos State DNA and Forensic Centre, while being led in evidence by the Director of Public Prosecutions, Titilayo Shitta-Bey told Justice Mobolanle Okikiolu-Ighile that Peter’s DNA profile matched that of the male DNA samples found on the nightgown worn by Zainab and the pyjamas worn by Petra.

“The Lagos State DNA and Forensic Centre was contacted on April 9, 2018, by the Nigeria Police to help process a crime scene. We responded on April 10 and visited the crime scene at the Bella Vista Towers, Banana Island, Plot 4, Flat 17.

“I and three members of my team, a police team, anatomy and forensic pathologist from the University of Lagos, Prof. John Obafunwa, a representative of the Danish Embassy in Nigeria and a legal representative were at the Bella Vista Towers.

“When we got to Flat 17, we found out that there was no sign of forced entry and there was no evidence that the safe in the house was tampered with, but my team observed stains, which were eventually confirmed to be blood, in the kitchen but some certain areas appeared to be clean, which was evidence of selective cleaning.

“The team returned at night to deploy equipment, which operated in the dark. We collected evidence and took it to the centre for analysis. Our investigation of the crime scene suggested that both corpses were moved, which means that there should be contact evidence on the body.

“We identified male profiles on the nightgown in multiple locations. We found that these profiles were in multiple locations on the gown, including the neck region and the upper chest area. That was an indication of a struggle. The patterns were unique in the sense that they contained profiles that we could match to a single contributor.

“We contacted the police and requested for Peter’s samples that they had so that we could compare and we were able to match the defendant’s DNA profiles with the male DNA from the locations we found the male DNA profiles on Zainab’s nightgown and Petra’s pyjamas.”

Following the conclusion of his testimony, Justice Okikiolu-Ighile adjourned till July 3 for cross-examination.

*With Report by Punch Metro