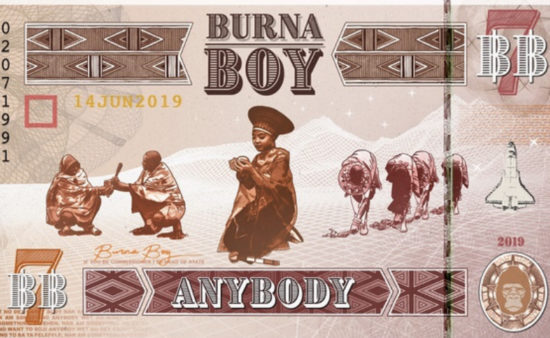 Damini Ogulu, a.k.a Burna Boy, Nigerian Afro-fusion singer and songwriter, has hit the market with another party starter called ‘Anybody’.

Burna Boy rose to prominence in 2012 after releasing the lead single “Like to Party” from his debut album L.I.F.E.

Asides performing on two Coachella stages, he lays claim to two hits- ‘Killing Dem’ and ‘Dangote’ so far in 2019, as well as a one EP, Steel and Copper with DJDS.

While he is currently on his African Giant Tour, which has already hit Africa, Europe and America, he released this new single, an up-tempo, socially conscious party starter.

The video has a colorful, risqué fashion-forward effect.