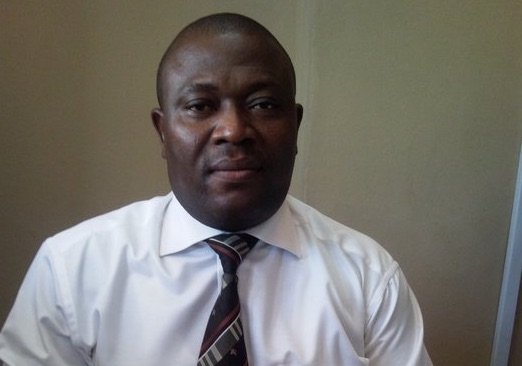 Two workers of Chrisland School in Lekki, Lagos, Mrs Cecilia Olayiwola and Mrs Angela Modebe, on Friday refuted claims that Adegboyega Adenekan, a former supervisor of the school allegedly defiled a two-year and 11-months old pupil of the school.

Olayiwola and Modebe gave the testimony while giving evidence as the first and second defence witnesses respectively, during the trial of Adenekan over the alleged defilement at an Ikeja Sexual Offences and Domestic Violence Court.

While being cross-examined by Mr Jide Boye, the lead state prosecutor, Olayiwola, who is an educator and a teacher at the nursery section of the school for 12 years, said that they give pupils a lot of role play which helps their imaginations and creativity in life.

Olayiwola told the court that she knew what Adenekan was capable of doing.

“As a mother, l won’t take the side of an adult over my child if she makes a similar accusation,” Olayiwola said.

“Therefore, l will be right to say you don’t know Adenekan personally,” Boye asserted during the cross-examination.

Throwing more light on her roles and responsibilities in the school, Olayiwola said that she was expected to care and safeguard pupils of the school.

“If anything happens to the children, we would be held responsible and it will not be in our interest to cover up,” she said.

Boye asked Olayiwola if she was here to protect the survivor’s interest or the school?

“I am here to protect both the child and the school’s interest,” Olayiwola answered.

Modebe, the second defence witness, is the Head Teacher of the nursery arm of the Victoria Garden City (VGC) branch of Chrisland School for over five years and has worked in the school for over 25 years.

She also claimed good knowledge of the defendant.

Modebe said her sole responsibility as the head teacher was to ensure the safety of every child in the school.

“l supervise the whole school with the help of other supervisors under me. We also have a report book to make sure every child is safe.”

She, however, revealed to the court that Adenekan was not under her supervision but she knew the location of his office on the first floor of the school.

Earlier, while being led in evidence by the defense counsel, Mr Olatunde Adejuyigbe (SAN), Olayiwola said that the complainant was a friendly, smart and intelligent child and that she would have talked or raised an alarm if the alleged incident happened.

“It was probably all the sex talks the survivor has been hearing that makes her to have wild imaginations.

“The girl’s mother came to my house asking for Mr Adenekan’s number after confiding in me that her daughter was sexually abused by him.

“I gave her the number and she called him and later told me she was fine but afterwards, l called Mrs Bayo Olukoga a supervisor who is now the head teacher to inform her of the incident,” she said.

“On Nov. 12, 2016, Mrs Bayo Olukoga, a Supervisor in the School called me about the alleged defilement by Adenekan and l called the survivor’s mother to affirm if what l heard was true.

“The mother told me she wanted Adenekan sacked, fired and jailed,” she said.

According to Modebe, due to the outburst, series of investigations were carried out by the school and the questioning of the pupil who said that Adenekan put his “wee-wee” in her “wee-wee”.

“As head teacher, when l heard the alleged incident, l called two of the supervisors under me Mrs Adejoke and Mrs Erere to know if there was a time the survivor left the class unattended and they said no.

“We later made a report at the VGC Police Station,” she said.

She also claimed to know the defendant as a staff of Chrisland, who always kept to himself and minded his business.

“My office is close to where he parks his car and l always see him going home on his own,” she said.

She told the court that the pupil who was allegedly defiled is a smart and intelligent child and the mother very good in tutoring her to be expressive.

Adenekan, who was arraigned on Jan. 29, 2018, however, pleaded not guilty to a charge of defilement of a child.

The prosecution alleges that Adenekan committed the offence sometime in November 2016 at Chrisland School at VGC, Lekki, Lagos.

According to the prosecution, the defendant defiled the complainant by having unlawful sexual intercourse with her.

The offence contravenes Section 137 of the Criminal Law of Lagos State, 2011 which recommends a life sentence for anyone convicted of defiling a child.

Justice Sybil Nwaka adjourned the case until June 18 for continuation of trial.