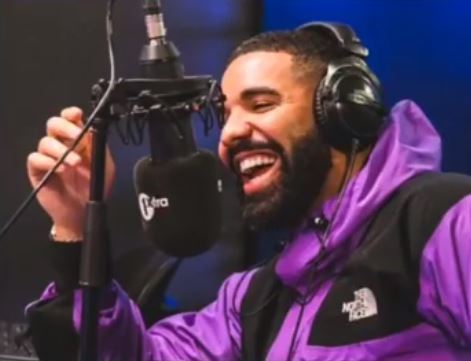 Canadian singer Drake has announced on Instagram the release of two new tracks to come Friday, all to celebrate Toronto Raptors, the new NBA Champions.

It was the first time a Canadian club won the championship, outside of the USA.

Drake who watched the game at Toronto’s Jurassic Park fan zone on Thursday night was excited after the game.

Drake could hardly contain his excitement as he launched a passionate string of words when he met the press after the game.

Drake has endured derisive remarks for a so-called ‘Drake curse’, linking the musician with failing athletes who associate with him. And now the Toronto Raptors had punctured the curse as baseless.

Drake said he’s praying for Golden State Warriors player Kevin Durant, who had to go for surgery on his achilles tendon following an injury in Game 5.

He also said he’s praying for “Big Papi,” a reference to David Ortiz, a former baseball player from the Dominican Republic who was shot while visiting the Caribbean nation.

“We manifested this, I told you the first time, people like to make memes, make another meme out of this, it’s beautiful, look at my brothers up there celebrating, it is what it is.”